And now, for the latest installment of the semi-regular Breaking News feature QUOTATION OF THE WEEK. This comes from a February 1966 Playboy interview with Bob Dylan:

PLAYBOY: Mistake or not, what made you decide to go the rock-'n'-roll route?

DYLAN: Carelessness. I lost my one true love. I started drinking. The first thing I know, I'm in a card game. Then I'm in a crap game. I wake up in a pool hall. Then this big Mexican lady drags me off the table, takes me to Philadelphia. She leaves me alone in her house, and it burns down. I wind up in Phoenix. I get a job as a Chinaman. I start working in a dime store, and move in with a 13-year-old girl. Then this big Mexican lady from Philadelphia comes in and burns the house down. I go down to Dallas. I get a job as a "before" in a Charles Atlas "before and after" ad. I move in with a delivery boy who can cook fantastic chili and hot dogs. Then this 13-year-old girl from Phoenix comes and burns the house down. The delivery boy - he ain't so mild: He gives her the knife, and the next thing I know I'm in Omaha. It's so cold there, by this time I'm robbing my own bicycles and frying my own fish. I stumble onto some luck and get a job as a carburetor out at the hot-rod races every Thursday night. I move in with a high school teacher who also does a little plumbing on the side, who ain't much to look at, but who's built a special kind of refrigerator that can turn newspaper into lettuce. Everything's going good until that delivery boy shows up and tries to knife me. Needless to say, he burned the house down, and I hit the road. The first guy that picked me up asked me if I wanted to be a star. What could I say? 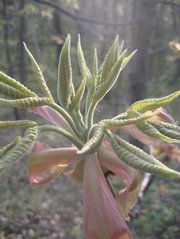 PLAYBOY: And that's how you became a rock-'n'-roll singer?

DYLAN: No, that's how I got tuberculosis.

-All facts in this story are real. Got a breaking news tip? Email Frank Tankard at frank@lawrence.com. Watch out for wack attacks!