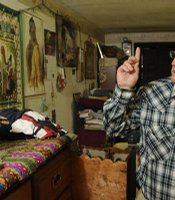 Lost language comes to life on screen in new movie

When Jimm Goodtracks speaks to his grandson at home, it's usually in Baxoje, a language that is nearly extinct. Goodtracks has written two books on the language and is working on an unabridged dictionary on it. He sees the 3-year-old boy as another way to help keep it alive. "Younger people don't know this stuff," Goodtracks says. "They're getting away from things." 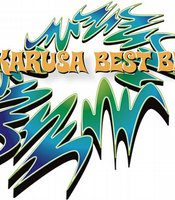 In lieu of serious, tedious, same-as-previous-years', read-by-no-one "journalism" about the Wakarusa Festival, we present: Dam Libs! 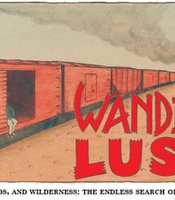 Rails, roads, and wilderness: the endless search of the tramp

Two days passed in northern British Columbia. Then three. Cricket was in desolate country waiting for a freight train, stuck at one of those crossroads that most folks experience only in metaphor. The question was inevitable. Do I want to keep doing this?

A couple of years ago, Alyssa Kelly left Houston, the city she grew up in, for the road. Today, she is married and living in Lawrence. In a bedroom of the Haunted Kitchen, the punk house on the corner of 19th and Louisiana streets, Kelly, 21, offered a beer, lit a cigarette and detailed her two years on the road. 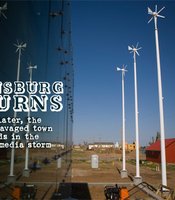 A year later, the tornado-ravaged town rebuilds in the eye of a media storm

:storm from the shelter edition!!!!

Trees shook. Rain fell. Thunder crashed. The electricity went off. It was the earliest hours of Saturday, May 24, in Lawrence, Kansas, U.S.A.

Bodies on a bender

Not too long ago, Ron Gaches dreaded walking into the capital building in Topeka. It wasn't his lobbying job or the politicians that bugged him, but rather an agonizing foot pain amplified by marble floors. "You can't imagine a less forgiving material to be on all day long," he says. 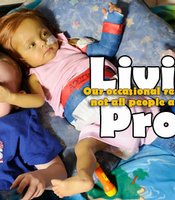 The rising cost of corn is about to hurt your wallet in an unexpected place: at the movie theater. 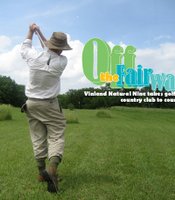 Richard Morantz lives in an old trailer. A couple of holes have worn their way through his blue trousers, which are held up by a pair of suspenders. His curly, overgrown hair is thick with humidity. Pulling up the gravel driveway to his 80-acre spread south of town on a warm spring day, you get the feeling this would be a good place to hole up when the rapture arrives, but about the last place you would think to go for a round of golf.

Johnathon Ford grew up with an appetite for movie soundtracks, Disney scores and classical music. Those obsessions inform his body of work as Unwed Sailor, an instrumental band that has routinely changed members and styles during its 10-year run. 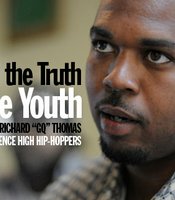 Kickin' the Truth to the Youth

Who is that rapper poisoning the delicate minds of our youths with the hippity-hop? After searching low and high, we found that it's none other than local rapper and BombSquad member Richard "GQ" Thomas.

For better or for ill, the supremely unorthodox Dennis "Boog" Highberger has come to epitomize the supreme unorthodoxy of the city where he serves as commissioner. Since 2003, the gangly guy seen zipping around town on his three-wheeled recumbent bicycle has served on the Lawrence City Commission as the reliably progressive voice of the people.

Townie guide to... veggin' out

More concerts could be in store

Strike up the next band. The promoter for Wednesday evening's Wilco concert said he was ecstatic with how the event fit into downtown Lawrence, and he hopes to do three to four a year at the site near Ninth and New Hampshire streets. 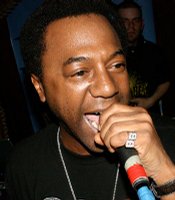 Jayhawks basketball guard Russell Robinson is netting another honor this year to go along with his NCAA championship ring: He'll be graduating from Kansas University with a degree in communications.And communication is the key word when it comes to how Robinson will be celebrating the occasion. 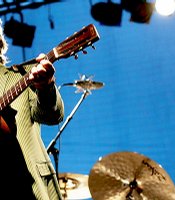 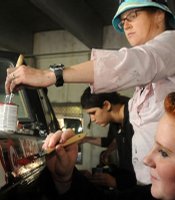 Fresco Fords, classy Chevys and tacky Toyotas will roll down the street Saturday as part of the annual Art Tougeau Parade.

Fire-eaters could heat up downtown

You thought the mid-August weekend when Kansas University students returned to Lawrence was crazy enough. Just imagine what it will be like when you add fire-eaters. It looks like there will be no need to imagine. 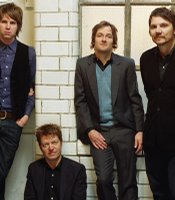 A major downtown concert will have an impact on traffic starting early Wednesday morning. 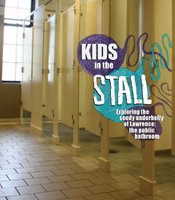 Kids in the Stall

Exploring the seedy underbelly of Lawrence: the public bathroom

I don't wanna sound like a queer or nothin:but I think unicorns are pretty kickass!- black marker, women's room, Replay Lounge It was nearing 10 p.m. last Wednesday night on the patio of the Replay Lounge when a woman named Al returned from the bathroom with a stencil freshly blackened by spray paint in her hand and a grin on her face.

Charles S. McVey doesn't seem like the sort of guy who enjoys his down time. In addition to freelance engineering at Black Lodge Studios and playing keys for Lonnie Fisher & the Funeral, McVey labors over his own recordings and maintains a busy local performance schedule.

The price of one of those venti frou-frou caramel abortion lattes you can get at the neighborhood beanery equals about 10 days worth of wages for an Ethiopian toiling in the Addis Ababa coffee trade. In our junkie's pursuit to ride the brown serpent, the 2-billion-cups-a-day coffee habit of the global community is borne on the backs of farmers and packagers in developing countries.

A girl and a guy sat together on a bench outside the east entrance of Oliver Hall. They stopped talking each time someone walked past. They looked unhappy.

Early in his professional career, bassist John Stirratt opened for The Replacements in Mobile, Ala. The headlining band had just released its 1987 masterwork, "Pleased to Meet Me," and was becoming a legendary force in alternative rock.

Lawrence filmmaker Kevin Willmott came to this realization: "Nobody cares about your film more than you do." 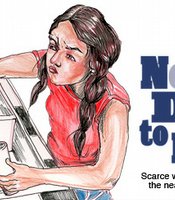 Not a Drop to Drink

Scarce water, stagnant lives on the nearby Kickapoo Reservation

Heading east on K-20 Highway toward Horton, a sign said COMMUNITY CENTER and pointed right. Down a short gravel drive, a warehouse-like building was empty on a warm Thursday afternoon except for three women sitting around a table and smoking. "Can I help you?" one asked. I'm here to do a story on your water. "Don't drink it!" one said, and the three women laughed.

The enigmatic Justin Roelofs and his first solo show in Lawrence

In three years, Justin Roelofs has recorded two albums and set foot on stage exactly once, guesting with Ratatat in San Francisco. So, for fans of his music, his show this week in Lawrence is not to be missed. 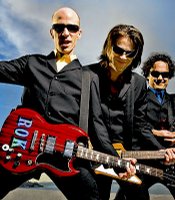 Hail to the chiefs

While the 1990s were politically synonymous with Bill Clinton, the decade's music scene was equally receptive to The Presidents of the United States of America.

Beyond the Valley of the Blow-up Dolls

People have said it will be the most controversial film of the decade, and that's not an understatement," modestly suggests Kansas filmmaker Steve Balderson of his next film, "Watch Out." "It could very well be the most explicit non-pornographic film ever made."

It's a colossal mound of mud today. A big, wet dump protected by a chain-link fence. Such is the construction zone west of the long-awaited addition to KU's Student Recreation Fitness Center.

Big hail fell on 17th Street at 5:58 p.m. on May 1. Car alarms began sounding in the parking lot of a fraternity. A resident clothed in a T-shirt, shorts and flip-flops screamed in mock agony and climbed atop a sport utility vehicle, yelling "help." A similarly clothed fraternity boy ran across the parking lot to stop one of the alarms.