Strong aftershocks and flooding have hampered rescue efforts in China's Sichuan province, still reeling from last week's devastating earthquake, which has left an estimated 50,000 dead. Blame for the staggering death toll has been placed on shoddy construction of buildings in the region, which could lead to those contractors who violated safety codes being put to death by the Chinese government.*:Asked American contractors KBR and Halliburton, "They, uh-they can't do that here, can they?"

A former teacher is alleging that a key player on the 2008 championship-winning KU basketball team, Darrell "Shady" Arthur, was the beneficiary of grade tampering while in high school. If proven true, any game Arthur has played in at KU could theoretically be forfeited retroactively, including the championship. However, most sports commentators agree that since the NCAA cleared Arthur as eligible before he became a Jayhawk, the allegations-whether true or not-will have no bearing on KU and the championship. *:In another allegation leveled against Arthur with ludicrously disproportionate consequences, Darrell's mother has been accused of cheating on her pregnancy test, which could result in him being retroactively aborted.

Despite comfortably winning the West Virginia primary last week, Hillary Clinton was unable to prevent Barack Obama from being declared by much of the Democratic Party as the presumptive Democratic nominee. In a sign of his momentum, former presidential candidate John Edwards gave Obama a high-profile endorsement shortly after the West Virginia primary.*:Clinton continued to argue that Obama cannot win "white Americans," saying his victories have been limited to such minority-heavy states such as Kansas, Iowa, Wyoming, Utah, Maine, Connecticut, Delaware, North Dakota, Vermont, Wisconsin, and Idaho. In other endorsement news, Dennis Kucinich was proud to endorse Krag the elvish necromancer as game-master of his "Call of Cthulu" RPG campaign.

A recently discovered recording of then-Secretary of Defense Donald Rumsfeld, speaking in 2006, contained the following quote regarding the unpopularity of the Iraq War with the American people: "The correction for that, I suppose, is an attack."*:Continued Rumsfeld, "The correction for my horrific statement that baldly reveals how the Bush administration thinks 9/11 was the greatest thing to ever happen, I suppose, is me contracting penis cancer." 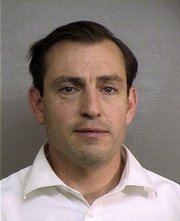 New York Representative Vito Fossella indicated last week he will seek re-election, despite recently revealing-following his arrest for drunk driving-he had fathered a child with a woman who is not his wife.*:"Hey, at least I didn't have to pay for it," said an unrepentant Fossella. Former New York governor Eliot Spitzer attempted to condemn that comment, but was prevented by a ball gag.

Democrat Travis Childers defeated Republican Greg Davis in a special election to fill a Mississippi congressional seat. This is the third special election of the year in which a Democrat has beaten a Republican in a traditionally conservative stronghold, leading many observers to predict a difficult general election year for Republicans.*:A top GOP strategist denied there was panic within party ranks as he hurtled from his office window at 180 miles per hour toward the pavement below.

In a largely symbolic victory for conservationists last week, the U.S. Department of the Interior finally placed the polar bear under the protection of the Endangered Species Act. The decision will not prevent oil and gas productions in polar bear territory or force carbon regulation to prevent global warming, which is linked to destroying the bear's habitat.*:In a tragic irony, on the very same day of the decision, a bearded Al Gore was mistaken for a bear and shot.

While speaking at the Israeli parliament last week, President Bush compared those who would speak with the enemies of the United States to Nazi appeasers by saying, "Some seem to believe that we should negotiate with the terrorists and radicals:(which is) the false comfort of appeasement." Although the White House later denied it, the statement was widely seen as a swipe at Barack Obama, who has said he would deal directly with the leaders of Iran, North Korea and Hamas if he were elected president.*:Bush went on in the same speech to espouse what has come to be known as the "Bush Doctrine," a foreign policy that consists mostly of poking things with a stick.

Janet McKeithen, a priest at a United Methodist Church, attends a street celebration of Thursday's California Supreme Court ruling that gay couples in the nation's biggest state can marry.

The California Supreme Court overturned the state's ban on gay marriage last week, effectively legalizing same-sex marriage in California. A ballot initiative to change the California constitution is already being mounted by gay marriage opponents in an attempt to counter the ruling.*:When he heard the news, Fred Phelps was reported to have said, "Ah, screw it," and then started making out with the first dude he bumped into.

"American Idol" is down to its two finalists for the season finale this week, a David vs. David clash between David Archuleta and Kansas City resident David Cook.*:If Cook wins, his Kansas City fans are expected to get even more hammered than Paula Abdul.

It was announced this week that New Kids On the Block will be making a stop in Kansas City at the Sprint Center in November as part of their massive reunion tour. Ticket prices and sale date have not yet been announced.*...Opening up for NKOTB will be Menudo, Color Me Badd, Tiffany and every other has been you still sing along with when no one is around. Â»