Today's first word, selected by slipping a finger at random into the sultry binding of the American Heritage College Dictionary, 4th Edition:

blase: adj. 1. Uninterested because of frequent exposure or indulgence.

Alright, kids, let's put our newfound knowledge to the test and see if we can string those words into a sentence: Hey gent, you're a blase snob!

(The scrupulous reader will note that "gent" is employed in this sentence as a noun, while the archaic definition that was randomly selected calls for an adjective, resulting in 10 points off.) 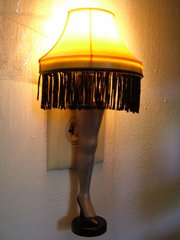 That was fun, wasn't it?

In other news, Breaking News has received an important breaking news tip from one David Ohle of Lawrence. Ohle writes: "I see breaking news all the time. From now on, I'll send them on to you. Here's one: Someone got hold of my credit card number and used it to charge 69 cents worth of copies at FedEx-Kinkos. That's all it was used for, but I still had to get a new card."

Ohle has a book, "The Pisstown Chaos," that's supposed to come out by June. Here is a quote from page 113 of his last book, "The Age of Sinatra":

"Moldenke gave him his slop bucket. The Stinker dumped the contents into the drum and knocked the bucket against the edge to get that last little bit. Passing the bucket back in, he said, 'Thanks for a generous contribution, friend. But if I was you, I'd go fast as my legs'd carry me and see a doctor. You got worms in your stool the size of my little toe. That there flocculus o'yours is fixin' to hatch, son.'"

Do you, reader, have a book coming out? If so, we at Breaking News would be pleased to announce its publication date. All readers with new books coming out get a free T-shirt.

-All facts in this story are real. Got a breaking news tip? Email Frank Tankard at frank@lawrence.com. As M.I.A. says, "Anyone talkin' shit, Ima blow 'em up."