Wii Music is not a videogame. It's a Fisher Price "Baby's First Guitar" toy with a bigger price tag and probably less fun. 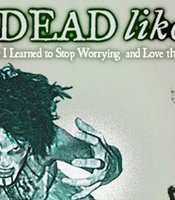 Or, How I Learned to Stop Worrying and Love the Zombie

A band with a name like Black Christmas is probably better off celebrating its CD release on Halloween. The instrumental Lawrence band is right at home with the macabre, taking inspiration from horror-film composers like Angelo Badalamenti as well as doom-and-gloom prog bands like Goblin and King Crimson.

At no point do you feel safe, and the game preys on your vulnerabilities and even violates some unwritten rules of the survival horror genre in order to make you feel even more uneasy. This is a game that is to be played late at night on a nice HDTV, with the lights turned down, and the sound turned way up.

Townie guide to... 'weening yourself 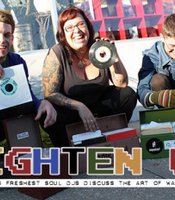 Brian Sears would gladly sell his soul for a stock copy of a rare and beautiful 45rpm record, but that doesn't disqualify him from spinning choice soul sides. The host of The Breakdown a monthly dance party at the Eighth Street Taproom is in good company in Lawrence, where vintage soul records are regularly dusted off and blasted on loudspeakers by co-conspirators like Sarah Brokenleg (a.k.a. Sadie Soul) and Josh Powers (a.k.a. SceneboosterSoundsystem). 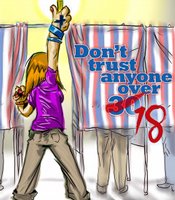 Probing the mind of the youngest voters

Everyone said the world would change and it did. And the events that followed the tragedy-no need to list them here-were put into motion before she was a teenager. She turned 18 last week and now, in the midst of the economic crisis, she prepares to vote in her first election. As things fall apart, she can safely say that the mess of a country she inherits is one she did not help create through the electoral process.

Lawrence's busiest string band is anything but Flat

Well I'm rolling down the highway I got nothing behind me but blue sky / I'll keep on driving this truck out west until the day that I die / Got a gun in the front seat and a bottle next to me / I got kicked out of Kansas for dealin' LSD. So begins Deadman Flats' debut album, "Antlers." The twangy collection blurs the drunken line between fact and fiction, chronicling the misadventures of everyday boogans and dudes who pick up greeters at Wal-Mart.

Letter to the Editor: Don't Look Down

America falls off the Financial Cliff

It's a long drop from the top, with many boulders and jagged points to hit on the way to the bottom. Unfortunately, for those scared of heights and without golden parachutes, America is loosing its balance on the edge of the cliff. Over the course of the last two plus years the enormous financial credit bubble has burst, and with notable drama in recent months like never seen in our lifetimes. 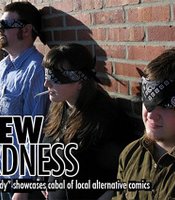 Hey, did you hear the one about stuffing children into a suitcase? How about the one about the fire and brimstone preacher evangelizing for Norse trickster god Loki? The abortion/rape/hand-job/Jew joke? If so, then you've obviously been to "Bring Back Comedy."

Split Lip Rayfield started taking shape about the time Bill Clinton was getting situated in the oval office. Neither Eric Mardis, Wayne Gottstine, nor Jeff Eaton figured they'd still be going at it 14 years later, nor did they figure they'd have to persevere through something as difficult as losing their friend and collaborator Kirk Rundstrom to cancer. That tragedy nearly derailed the band, but the trio has been picking up steam and new fans ever since returning to the stage a year ago. 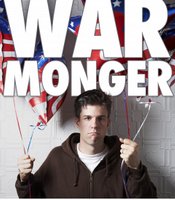 "Get Your War On" cartoonist David Rees releases collection, despairs

Who knew that taking benign clip art of office toadies and filling their word balloons with blisteringly profane political commentary would propel you to the upper echelons of contemporary American satire? David Rees, apparently. His comic strip, "Get Your War On," is carried by Rolling Stone and alternative newspapers across the country (including, FYI, lawrence.com at one point) and has recently been adapted into an animated series appearing online at The Huffington Post and 23/6 News.

Disorganized parents cause stress for reader

Dear Dr. Wes & Kelly: My parents procrastinate with decisions. Often by the time something needs to be decided, it's too late to do it. I've tried to take a more active role, but when it comes to some things my persistence isn't good enough. There have been many occasions when I need my parents' permission and too often I'm told "we'll talk about it later." I've lost many opportunities because of this. One of the biggest annoyances is when we go out of town to a museum, concert or event. I gather the information even before registration or ticket sales start, and give it to them. I even print duplicates so they can't say "we never got anything." No matter how often I remind them, nothing happens and all I get is, "there's still time, stop nagging me." 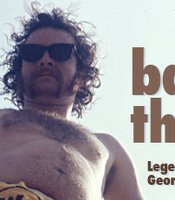 George Kimball has been many things: rebel, novelist, journalist, boxing aficionado. He blew into Lawrence like a harbinger of change at the beginning of the 1960s on an ROTC scholarship to KU and stuck around off and on throughout the turbulent decade. He ran for sheriff of Douglas County in 1970, the year the Kansas Union was firebombed and riots swept through the city, and was seen as a spokesman for the counterculture.

It's the beginning of the holiday season, and we take a look at the first titles out of the gate. 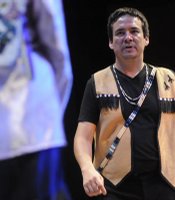 During the last few months, Alaska has come to signify far more than just being a big, cold state. For Allan Hayton, an Athabascan Indian raised in his indigenous Alaska, the state embodies an even deeper cultural identity.Hayton employs his skills as an actor, storyteller and playwright to spin tales that celebrate his heritage.