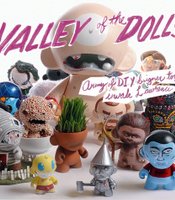 Valley of the Dolls

It's sort of a Pokemon, tarted up a like Salvador Dali Easter egg, and simultaneously on display at both your local comic book shop and at The MoMa. Such is the typical fumbling for words in trying to answer the question: WTF is a Munny? Lawrence artist Joel "Jouvelt" Feldt takes a whack at it. 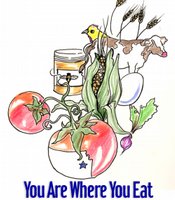 You Are Where You Eat

A consideration of the 100-mile diet

When was the last time you knew where your food came from? Who grew it? Where was it grown? What went into growing it? Or for that matter, what did the plant look like? The flowers? The buds? What does it taste like when it's eaten just minutes or hours after it was picked versus after days or weeks being shipped hundreds of miles and stored and/or processed before it finds your table?

What began as a collaboration between Nicholas Goss and Elizabeth Mead has evolved into a friendly collective of musicians, artists, filmmakers, poets and clothing designers who share a headstrong vision to craft cheery chamber-pop music and inject a little bit of sunshine into the drudgery of everyday life. 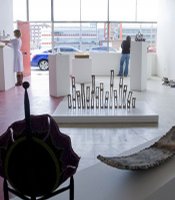 Thousands of potential art patrons began flooding into the Crossroads District of Kansas City, Mo. And sculptor Matthew Weaver was primed for his debut at the area's First Fridays event. The Kansas University graduate student from St. George, Utah, had created a geometric piece consisting of wood, glass and wire. When the doors opened for the first time at the new Red Door Art Gallery in September, he recognized his work would likely enjoy its biggest audience yet.

We'll see how Guitar Hero: World Tour ends up, but Rock Band 2 remains king of the hill for now even if it all feels very familiar. 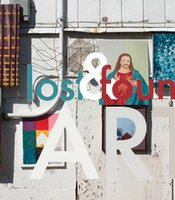 A normal schmuck might see these things and think, "Huh, that's interesting," and move on with the day. The curious-minded packrat might even take 'em to the garage for safekeeping. An artist, on the other hand... 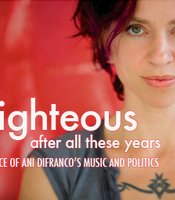 Still Righteous After All These Years

The fierce independence of Ani DiFranco's music and politics

After releasing dozens of albums and touring virtually non-stop for 20+ years, one could be forgiven for slipping it into cruise control for a while. But that's not what won Ani DiFranco an army of devotees and feminist icon status. The outspoken folk-funk-rock pioneer shows no sign of slowing her crusade to achieve independence both artistically and politically. "Red Letter Year," her 18th studio LP-not counting her numerous live albums-is out via her own label, Righteous Babe Records the day after she plays Lawrence. 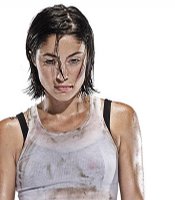 There's a maxim in Hollywood that states boxing is the sport that makes the easiest transition to the big screen. The Oscars have showered boxing films with honors over the years, with standouts such as "Rocky," "Raging Bull" and "Million Dollar Baby" finding equal success at the box office. But one rarely comes across a boxing picture made by locals in Kansas.

We try out our first giveaway contest. Three winners will receive free download codes for Rocketbowl on Xbox Live Arcade 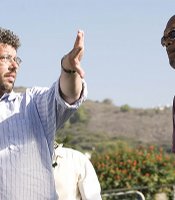 Outside the law: KU alum filmmaker and Lawrence actor collaborate on 'Lakeview Terrace'

For the first time in the 11 years since he became an internationally renowned filmmaker, Neil LaBute is on the brink of an elusive, unlikely achievement. The Kansas University graduate has already solidified his reputation as a master of crafting controversial tales involving revenge, betrayal and cruelty. But nothing has quite prepared him for the expectations of how his latest project, "Lakeview Terrace," will be received.

The sights and sounds of the Kansas School of Fine Arts will fill the Lied Center Friday night for the school's ninth annual Collage Concert.

Rather than simply having you build a city or control the mundane lives of individual Sims, Spore puts you in control of an entire species from the primordial ooze to intergalactic domination.

The art of creating hype by releasing free music is nothing new in the world of hip-hop, where bootlegged mixtapes have kick-started the careers of everyone from Grandmaster Flash to Lil Wayne. The difference today is the sheer quantity of free releases, and the luxury of being able to make a free digital download available to anyone in the world. There's no shame or stigma attached to such a practice, as evidenced by the fact that two of Lawrence's most promising up-and-comers Skik Figa and Spence are giving away their latest releases. 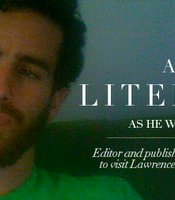 As Literary As He Wanna Be 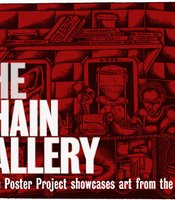 Prison Poster Project showcases art from the inside

In the summer of 2004, the We Are Resisting conference was coming to Lawrence and it was expected to draw hundreds of anarchists from across the country. Chantel Guidry, who ran the local chapter of the Anarchist Black Cross, a prison abolition network, was helping organize a prisoner art show to coincide with the conference.

New Kid on the Voting Bloc

John Wilson is literally a fresh face on the Kansas political scene. This 24-year-old KU alum looks more like a clean-shaven grad student than the usual stuffed suits and liver spots you'd find moldering in the halls of Topeka. Given his youth and relative inexperience, few expected Wilson to make much of a dent when he threw his hat in the ring as the Democratic candidate against Tom Sloan, who's represented Lawrence and the 45th district in the state House for 14 years.

Townie guide to... massaging the stars 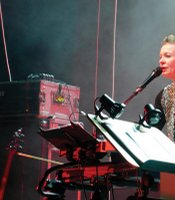 Laurie Anderson is a threat to national security. At least that's how the FBI viewed Anderson after encountering one of her inventions. Several years ago, the renowned experimental musician/artist created a device called a "talking stick" for an opera she was performing about "Moby Dick."

It's another overflow Monday evening at the Free State Brewery, and they're wobbling like bowling pins out on the patio. In a ritual instigated in large part by bargain-priced beer, townies of all stripes gather in number on this night to jostle, slosh on, and holler at each other. The din of the place is a physical presence and the tap handles move like metronomes. Hippies hang with lawyers and students debate professors, boundaries blurred by conviviality and a torrent of Copperhead Ale.

"'Sex, a.k.a. Wieners and Boobs' is a play written by Joe Lo Truglio, Micheal Showalter, and David Wain-the guys who did 'The State,' 'Wet Hot American Summer' and 'The Ten.' It's basically a kids show, but for an adult audience. It's centered loosely around Jack Greenburg-played by Tim Vickers-the new sheriff of Teaneck, NJ, and his campaign to rid the town of hookers and gigolos, controlled by the evil Tad Theaterman, played by Aarron Ross."

It was only a couple years ago that Suzannah Johannes started writing songs and performing; first as a solo artist, now as a full-bodied affair that plays to a talented Lawrence cast's laid-back skill set. 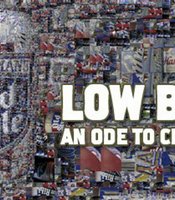 An ode to cheap beer

As the sun of summer nears its final horizon, a free tip for those among us who are not yet privy to the trend sweeping fast through the gullets of the beer drinkers of this town: Hamm's with lemon.

Get Off Your Ass

In a nondescript hotel suite in downtown Denver, a handful of Hillary Clinton supporters take refuge from the all-consuming Obama circus that has swept every inch of this city. It's the second day of the Democratic National Convention, and there is no doubt that Barack Obama will be named the presidential nominee of his party at the end of the week, but these stubborn few die hards sit amongst now obsolete Hillary campaign signs and endearingly hand-painted portraits of their champion.

Andrew Morgan aims to record a world of wonder, a la the sonic equivalent of 'Amelie'

Andrew Morgan records are fantastical experiences that create their own little imaginative universes, a lot like Jean-Pierre Jeunet or Michel Gondry films. Elaborately arranged chamber music and whispery vocals collide with the sort of rainy-day pop music that The Zombies or Elliott Smith might conjure.

It's a shame that Too Human's combat is so repetitive, because it's certainly a very ambitious project. The vast amount of weapons and customizations is fantastic, but it can't save the actual gameplay.