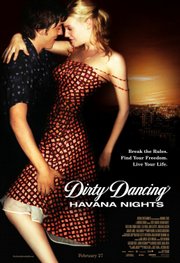 The North American version of glasnost. It's like the Berlin Wall falling, only with more dry humping.

The Obama administration, reversing a half a century of U.S. foreign policy, announced this week it will lift certain embargo restrictions on Cuba. American family members of Cubans will be allowed to make unlimited visits to their relatives in the country and to transfer money to them without restrictions. The White House said the central premise of the policy shift is to make sure the United States and Cuba get out of the way of the Cuban-American families’ ability to communicate and interact, with the hope of fostering a more democratic Cuba.

*...A grateful Fidel Castro, unfortunately suffering from dementia and under the impression Bill Clinton was still president, sent the White House a crate of plump interns fully stocked with Cuban cigars.

Republicans decried the move by the Obama Administration as rewarding a communist regime that oppresses dissidents. They then sold trillions of dollars in bonds to China in order to continue buying oil from Saudi Arabia.

Anticipating an influx of American tourists, Cuba has begun construction on Hooters Havanah, The Bay of Piggly Wiggly, and GITMOceans of Fun Waterboarding Park.

As an overture to the people of Cuba to rejoin the world community, the Obama Administration released this video: