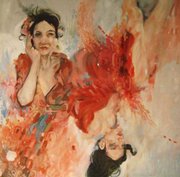 Three of Lawrence's most prolific painters unveil new works at the Lawrence Arts Center from 7 to 9 p.m. Check out our recent interview with Molly Murphy, this interview with Clare Doveton, and this feature including Marty Olson.

Check out our podcast interview with Steddy P, featuring his latest music.

Kansas City rapper Steddy P grew up idolizing rappers like Tech N9ne, KRS-One, and Aesop Rock. Though he’s yet to match the fame and fortune of said rappers, it’s not for lack of hustle. The young gun – age 25 – has already embarked a number of tours and released four full-length albums, raising the bar with each show and accompanying glossy flyer. He’s too busy paying his car-insurance bills to even think about spinning rims.

This back-to-school hip-hop show at the Jackpot also features locals Spence, Def Ear, and DJ G-Train along with out-of-towners Splitface and Crew 932. Performances outside on the patio and inside the bar.

Back-to-school Reggae Fest at the Granada

Two of Lawrence's favorite reggae bands - Ras Neville and the Kingstonians and YucaRoots - team up for an irie night at the Granada. Ras has a long history in reggae music dating back to his youth in Jamaica; a topic we discussed during our podcast interview with him. YucaRoots has been spreading the good vibes in Lawrence for the better part of five years.

For the second night in a row, Brent Berry offers up a seamless platter of roots reggae, rocksteady, and folk music tonight at the Bottleneck. As entertainers for some of Lawrence's chillest parties, Berry and his "Roots Crew" became one of the top local draws before he split for Taos, New Mexico. Nowadays, Brent and his band lay down their own goodtime blend of Afro-Coastal-Americana-Grass. Berry kicks a bass drum while playing a guitar, blowing a harp, and singing or shouting his songs. 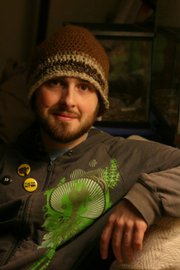 Lawrence's Cicada Rhythm Crew brings three DJ acts on the cutting edge of electronic music to the Jackpot Saloon. Defunct, Alan Paul, and Tim Hjersted get the party going with an intelligent and danceable mix of new electro sounds.

Summer Hours
Traumatic events transpire with exquisite delicacy in "Summer Hours," the latest film from Olivier Assayas ("Demonlover"). The French writer-director observantly explores the nature of life and death, identity and family, and the value of material objects with his story of three siblings coping with the loss of the family matriarch. ***
View showtimes

Cheri
Director Stephen Frears and screenwriter Christopher Hampton reunite with their "Dangerous Liaisons" star Michelle Pfeiffer, but this effort has none of the same irresistible meat or bite. Although Pfeiffer is luminous as ever as an aging courtesan in belle epoque Paris, the romance in which she finds herself is totally implausible. **
View showtimes

Taking Woodstock
Ang Lee's "Taking Woodstock" is a coming-of-age comedy that roams the backstage and the back-story and sees that epic concert through rose-colored glasses. It's got every '60s cause and '60s movie cliche. Even as Woodstock gets the mud and the mess, it sugarcoats the drugs and the generational/cultural divide. ***
View showtimes

Also new today is Halloween II and Final Destination, but we figured you wouldn't want to see those either. If you haven't seen District 9, yet — well, let us recommend that VERY much for big screen viewage.

All of today's movie listings are at — as always — lawrence.com/movies and m.lawrence.com on your phone.