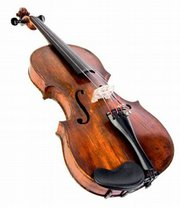 The fiddle played by Kansas lawmakers as Topeka burns.

In response to KU's loss to Baylor this week—and referencing upset losses to Bucknell in 2005 and Bradley in 2006—the Kansas Senate on Thursday adopted a resolution that says the Kansas University men’s basketball team should no longer play teams that start with the letter “B” in March.*...The rest of the Senate's schedule for Thursday was as follows:

Oversight Committee Thurs., 3/12 10:30 a.m. Debate on "Watchmen" film adaptation, especially how they left out the space squid and totally ruined the ending.

Today's Senate schedule, originally devoted to ensuring the government does not shut down, was cleared for repeated viewing of this: