Wherein local TV connoisseurs intimate what keeps them on their couches. 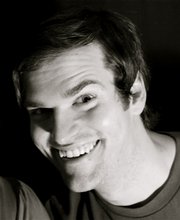 “Twin Peaks” (ABC)
“Wow, Bob, wow! A murder happens in the Northwest town of Twin Peaks and FBI agent Dale Cooper is dispatched to solve it. I never watched the show while it was on but somehow I own the soundtrack. The show is a fun, odd soap opera based around the murder of Laura Palmer. Unraveling her murder unfurls all these other complications and connections. I’ve read that David Lynch and Mark Frost were forced to solve Laura’s murder in the middle of the second season by the network. Lynch says this was the equivalent of killing the goose that laid the golden egg, which I agree with. The show loses its way and gets a little boring, although the ending is quite the head trip!”

“Reaper”(CW)
“This is a show that I know I shouldn’t like but keep watching because it’s so damn charming. It centers around Sam, who has to recapture souls who escape from hell. His friends help him with the soul-catching, all while working their day jobs at a Home Depot-like store. Did I mention this was a comedy? The Devil, who assigns Sam souls to catch each week, is the actor who played Leland Palmer in “Twin Peaks.” He’s perfect as the devil.”

“The Mighty Boosh" (Adult Swim)
“I was hooked after I saw their “Old Greg” sketch. It’s an absurd BBC comedy that changes location and occupation with each season of the show, but I haven’t gotten an explanation for why that is yet. The season airing now has the two main characters working in a boutique and they have small, crazy adventures. The show itself has a lot of wonderful flourishes like animation, puppets, and musical numbers that blend into the show to create their own surreal world.”