Primal fears: The best horror films of the decade

What was that noise?

An abandoned mental hospital. A basement dungeon in a suburban home.

Did you hear a scream?

When it comes to horror films, the 2000s have supplied plenty of thrills, chills and kills. Here is a list of the best the decade has to offer: 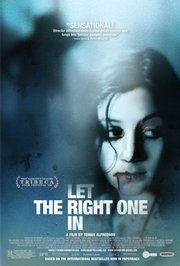 For those who assume the success of “Twilight” implies all modern vampire movies are overexposed and underdeveloped, then “Let the Right One In” stands as a revelation. Not only the best horror film of the decade but one of the best films in general, this Swedish vampire effort remains eerie, shocking and touching. The story centers on a bullied 12-year-old boy (Kåre Hedebrant) newly befriended by an equally solitary girl (Lina Leandersson) who has just moved in next door to him. Their friendship leads to them forming a “blood bond” ... which becomes all the more complicated when she turns out to be a vampire. While there’s been some controversy involving the botched subtitles released on DVD in America, don’t let that deter you from seeking out this icy gem. 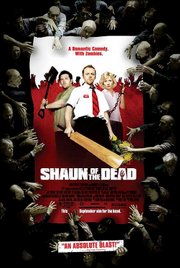 “Buy Milk. Ring Mum. Dodge Zombies” boasts the poster tag for “Shaun of the Dead.” Despite being a horror parody, the “zom-rom-com” also functions astonishingly well as a horror movie. The British import is consistently frightening, even as it quickly dispels such moments with laughter. Simon Pegg plays the titular character whose slacker non-existence is shattered, and eventually inspirited, by zombie carnage. It’s hard to top the brilliance of the scene where Shaun and his obnoxious buddy attempt to decapitate the undead with the only tool at their disposal: Shaun’s record collection. 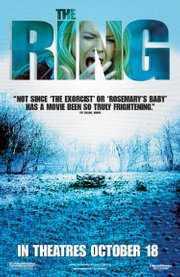 While much attention has focused on the new Japanese horror scene — “Audition,” “Ju-On: The Grudge,” “Dark Water,” etc. — the trend was started by 1998’s “Ringu.” Amazingly enough, the American remake of the film proves vastly superior in virtually every aspect. Naomi Watts stars as a Seattle journalist investigating the urban legend of a videotape that puts a seven-day death curse on anyone who watches it. Weird, scary and with a terrifically wicked ending, “The Ring” is probably best remembered for its signature scene of a twitchy girl crawling out of a TV set toward her intended victim. 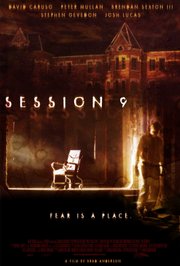 Horror films often thrive on establishing a creepy setting, and nowhere is the atmosphere more indispensable than in “Session 9.” The feature was filmed at the actual Danvers State Mental Hospital in Massachusetts — a vast, 1878-built complex that had sat abandoned for nearly a decade when writer-director Brad Anderson got inspired to base a movie within it. His plot involves a five-man crew hired to perform asbestos removal on the building. But the internal conflicts between the men are magnified when one of them unearths a collection of taped interviews with Mary, a former patient, labeled Session 1 through 9. Even though the film’s finale is nobody’s favorite, the level of tension and terror that Anderson maintains is masterful. 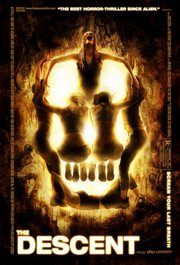 A caving expedition staged by a group of female friends with some “issues” goes horribly awry in “The Descent.” First, the organizer doesn’t bother to inform the others they’re exploring an unknown cave system. Second, they get trapped by a tunnel collapse. Third, they encounter “crawlers,” a blind, feral humanoid race that evolved entirely underground. The female empowerment angle innately makes the movie interesting (when was the last time you saw a horror flick that features no men?). Amid spelunking scenes that are just as unsettling as the creature attacks, writer-director Neil Marshall also introduces one of the most compelling plot twists of the decade. 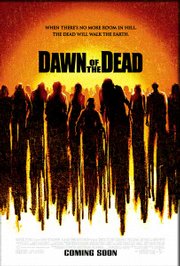 Zack Snyder (“Watchmen”) creates a worthy successor to George Romero’s awesome 1979 original of the same name. Sure, it’s got zombies and a shopping mall, but the movie completely takes off on its own action-horror tangent. Sarah Polley plays a nurse returning from a shift to her cookie-cutter block in suburban Milwaukee. Like a horrific domino effect, an unexplained plague begins to spread throughout the peaceful burg that causes those bitten to become undead cannibals on the prowl for human flesh. Next stop: the mall. 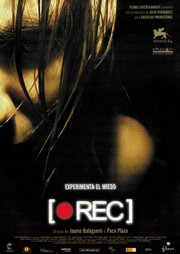 So named for the record button found on a video camera, the Spanish “[Rec]” is the standout of the post-“Blair Witch Project” batch. Through the POV viewfinder, the audience joins a television reporter and her cameraman who are covering a Barcelona fire station for a documentary TV series. While tagging along during a routine call, they become eyewitnesses to a nameless plague that forces the police and military to seal off the apartment building they’re occupying. An American version released less than a year later called “Quarantine” is basically a shot-by-shot remake, yet it somehow doesn’t capture the bewitching qualities of the original. 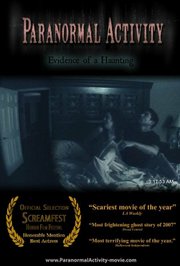 Perhaps the breakout horror film of the decade, Oren Peli’s $11,000 feature was shot in a week’s time at his own house. The lack of production values only heightens the overall project, which purports to be the footage found by police after a San Diego couple decides to videotape the apparent hauntings afflicting them. What’s most noteworthy about the picture is its shrewd pacing. Owing more to Stanley Kubrick than Michael Bay, Peli isn’t afraid to let a shot linger on and on to effectively increase the mounting dread. It may have been a cheap movie to make, but the scares are anything but cheap. 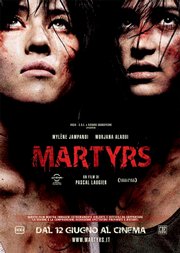 The “torture porn” genre resides as the most vilified of the decade. Films such as “Hostel” and “Saw” kick-started the lucrative trend, which led to numerous sequels and knock-offs of diminishing value. The best of the lot that fits into this category is the French entry “Martyrs,” a film so radically disturbing it’s almost difficult to recommend. The story concerns Lucie (Mylène Jampanoï) and Anna (Morjana Alaoui), two young women on a twisty quest for revenge against those responsible for mysteriously abducting and torturing Lucie as a teen. Writer-director Pascal Laugier crafts an excruciating flick that truly sticks with you days later. 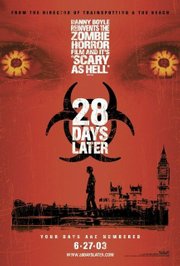 Zombies got revived in the 2000s thanks to this Danny Boyle (“Slumdog Millionaire”) revamping of the Romero template. Instead of a supernatural or space-borne cause, it’s a “rage virus” unleashed by animal activists that triggers the apocalypse. And instead of the lumbering, pasty stiffs of old, these zombies are hyper-fast ... and hungry. “28 Days Later ...” never quite lives up to the promise of its phenomenal first act, which finds coma victim Cillian Murphy awakening to a deserted London. But like zombies themselves, horror films frequently tend to fall apart in the end.

What is your favorite horror movie?

Great list, Jon! Further proof that I need to see "Session 9". I keep hearing about it from reliable sources. Although "The Ring," "Dawn," and "Paranormal" wouldn't be on there for me. I guess I'd replace them with "Frailty," "Drag Me to Hell," and "Slither."

George Romero's DOTD was released in 1978. 28 Days Later is not really a zombie movie, they are infected... not dead.

Campblood: "Dawn of the Dead" was released in the U.S. in 1979 http://www.imdb.com/title/tt0077402/releaseinfo. And I probably would have included "Grindhouse" if the Tarantino episode was a stand-alone.

"Shaun" was an instant classic!

campblood/Niccum: technically you are both right...

Romero, acting as the editor for his film, completed a hasty 139-minute version of the film (now known as the Extended, or Director's, Cut) for premiere at the 1978 Cannes Film Festival. This was later pared down to 126 minutes for the U.S. theatrical release. In an era before the NC-17 rating was available from the Motion Picture Association of America, the US theatrical cut of the film earned the taboo rating of X (which was and still is typically used for pornography) from the association because of its graphic violence. Rejecting this rating, Romero and the producers chose to release the film unrated so as to help the film's commercial success. United Artists eventually agreed to release it domestically in the United States. It premiered in the US in New York on April 20, 1979.

Internationally, Argento controlled the final cut for non-English speaking countries. The version he created clocked in at 119 minutes. It included changes such as more music from Goblin than the two cuts completed by Romero, removal of some expository scenes, and a faster cutting pace. Released in Italy in September 1978, it actually debuted nearly nine months before the US theatrical cut. - wikipedia

What's the difference between a horror movie and a terrifying movie? Is Irreversible (2002) technically a horror movie? Or Zodiac (2007)? Or The Bridge (2006)? There are some pretty tense moments in a lot of horror movies, but there are other, less easily categorized films than do more than scare or shock you. They change you, make you realize that you're one step away from the tragic. A truly scary movie makes life a little less comfortable, and a little more enjoyable.

I wonder if I can find a copy to show friends?

Loved "Let the Right One in". Not looking forward to the American remake. I would have put "Slither" on the list over "The Descent" even tho I'm all about female empowerment. "The Descent" was just boobs covered in gore. Oh wait, I get why its on the list now...