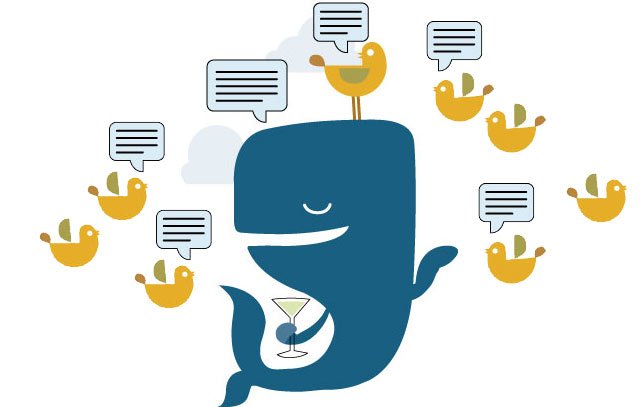 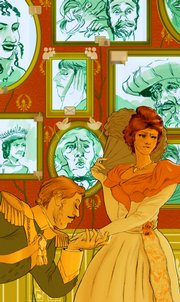 Judging solely by the sheer volume of silly variations on its name, Twitter has arrived as a full blown cultural force.   The micro-blogging phenomenon — which allows you to instantly share your thoughts and opinions with the whole wide web 140 characters at a time — has spawned an entire lexicon of eye rollers…
• “tweets” (an entry on Twitter),
• “tweeple” (people who use Twitter),
• “twapplications” (applications for Twitter),
• “tweetaholics” (those with Twitter addiction),
• “tweet-dropping” (eavesdropping on someone’s Twitter page), and even
• “twiking” (biking while posting a Twitter update via text message—not recommended).

Not since CB radio and its arcane vocabulary of “smokies” and “meat wagons” has a means of communication so inspired its users to speak in tongues.

One more entry can be added to the Twitionary (sorry): The Twestival.   The Twestival is a series of simultaneous get-togethers around the globe, including here in Lawrence, where Twitter users can meet face to face. Think of it as the world’s largest tweetup (sorry again).   Unlike most such gatherings, however, the Twestival isn’t just an opportunity to put a face to a tweet. It’s harnessing social media sites such as Twitter and Facebook, commonly thought of as massive productivity blackholes, and converting them into an engine for activism.

“But we also want to show the true potential of social media to connect and engage other members of the community online,” he says. “I would love people to see the ability of the online community to bring people together offline and to see it done in a way that has a positive impact.”

That’s exactly how the Twestival first began last September, says Ruth Bazinet, the Midwest Coordinator for Twestival. “There was a group of London Twitter users who wanted to get together to raise money for charity and put out the word through Twitter. They expected a small group, but hundreds of people showed up. It was wildly successful. The excitement from that event brought us Twestival Global this past February. There were over 200 cities around the world hosting events to benefit charity.”

Twestival is just the latest manifestation of social media’s increasing integration with our daily lives.   “The interesting thing about the tweetups and the Twestival is that you're able to transition from a purely online presence to actually meeting people in real life, the way human beings used to,” says Jesse Servier of the Lawrence marketing firm, LangfordSevier, who specialize in social media.   “You don't get that with most things on the internet. Twitter can be like standing in a circle and shouting. It can close you off to the point where you're living in an alternate reality. Tweetups actually get you out of your basement and in front of real people. Yeah, you'll mostly be talking about your phone and how you use it to tweet, but you're still in front of real people. The opportunity to get together in real life pulls it away from 'World of Warcraft' and that kind of crap.”

“It's about connecting with people,” says Jacinta Langford, the other titular head of LangfordSevier. “People basically want to talk about themselves with other people. Everyone wants to say they don't—including me—but there I am on Twitter, talking about myself.”

Megan Stuke, blogger for lawrence.com, took the notion of sharing her life online to new heights last week when she and her friends posted real time updates during the birth of her son on Facebook.   From her admission to the hospital, to the injection of the epidural, to the moment she was holding her brand new baby, everything was documented. 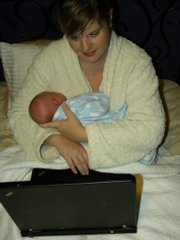 Megan Stuke uses Facebook to keep her family updated on her newborn Johnny.

“It was handy,” says Stuke. “It's faster than logging on and writing a whole blog, and it's easier than sending out a mass text, so it just made sense. Everyone, including my family and friends, are on Facebook so it just made sense. We're grateful for it. There was a time when we would've had to do a lot more work to get the same information out.”

“My friend Rikki posted most of the updates and she has over 400 friends on Facebook. People I don't even know were sending me congratulations,” marvels Stuke.   “My son was welcomed into the world by Willie Nelson's bass player. He's never met me or my baby. It was very sweet, people were genuinely interested. Strangers in Seattle were writing, 'I don't know you, but you're making me want another baby.'”

“I've been a blogger for years. My life is already an open book. There's no hiding anything,” says the new mom. “I think by the time my kid is old enough to understand it, it will be so normal to have so much of yourself exposed on social media. It will be so mainstream, he won't think a thing of it. He'll have an account and be tweeting when he's 5. It's no different than mailing a photo to your grandparents.”

That future, say the organizers of the Twestival at least, is now.

“I’m personally fascinated with people making connections online,” says Bazinet. “You have the immediate gratification of connecting with somebody instantly. You’re not sending a letter and waiting for a response. You send out a tweet and hear back fairly quickly. You get a chance to converse with people you never would have normally. I’m getting a chance to connect with so many people who are interested in causes that I maybe never heard of before. I’m learning about these people doing interesting things because of these social networking tools.”

The social media gurus at LangfordSevier are also quick to emphasize that Facebook and Twitter aren’t just for gossiping with Perez Hilton and taking quizzes to find out which Harry Potter character you most resemble.

“We've done work with a blood donation service out of South Africa, and to be able to help out with something like that is awesome,” says Langford. “It's nice to be able to come up with a strategy on how to approach social media, give it to a client, and see that produce really big results.”

In keeping with the obnoxious vernacular, but not to take away from its sincere intent, let’s call it “twactivism.”

“We’re using social media to exercise social responsibility, either through Twitter or other social networking tools. It’s a growing trend and Twestival has been a great example,” says Bazinet.

“This a lot more fun than a telethon,” she says. “The next step in fundraising and cause awareness, doing some good locally or globally, is social media. It makes it easier to participate. A lot of people don’t have the time to go down to a soup kitchen or whatever, but they can get online and Twitter about a certain event or raise money for a cause. There is value in these social media tools, but that’s all they are — tools. We are the drivers and they just help us get there.”

Megan - as one of Rikki's and Kalli's friends who had the day off the day your kid was born, let me say I was absolutely riveted by Rikki's and Kalli's updates, complete with photos! It's true, I don't know you at all, but I want to send you my congrats! --Mike