Unfortunately, predicting what the weather is going to do is beyond the abilities of insects, wildlife, plants and most humans. Research shows that even the woolly bear caterpillar’s stripes are less than reliable.

I have heard more questions than usual about wooly bear caterpillars, though, so I thought I would share some fun yet inaccurate weather-predictors.

The “legend” is almost as confusing. Besides the length of the brown band, I have heard that black represents severe weather while brown represents mild weather. Some say the caterpillar’s 13 segments represent the 13 weeks of winter., with varying versions of what the colors mean. Others say the thickness of the hairs is more important than the color.

The truth is that the brown and black bands on the wooly bear are related to age. Woolly bear caterpillars molt. The older the caterpillar, the more brown it has on its back. (In the spring, woolly bears transform into Isabella tiger moths.)

Persimmons: Persimmons are small, orange fruit produced by a tree that is native to some parts of the Midwest. Although they grow well in northeast Kansas, they are somewhat rare.

Legend (as I have heard it!) says to cut a persimmon in half and look at the seed. When cut properly, seeds are shaped like knives, forks or spoons. From the Farmers’ Almanac, “A knife shape indicates a cold icy winter (where wind will cut through you like a knife). A fork shape means a mild winter. A spoon shape stands for a shovel to dig out of the snow.”

When I tried this myth out, I found seeds in the shape of various eating utensils in persimmons from the same tree. The way the fruits were cut also seemed to influence my interpretation of seed shape. Eating the persimmons seems a much better use than trying to predict the weather. 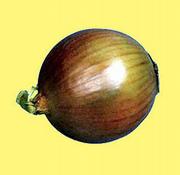 I actually considered picking up some fall onions from a local farmer but decided against it. I had too many questions. Does the legend refer to the outer skin? The inner skin? A cumulative average of all the skins? If the onions are mulched, does it change their reaction and thus skin thickness? Once again, I think I will stick to eating onions rather than trying to decipher their winter weather legend.

Hornets’ nests: This weather myth says that hornets build their nests close to or in the ground when a harsh winter is coming. I guess hornets are getting the most credit in their weather-predicting abilities, since they build those nests in the spring. Location is typically dependent on species.

The more interesting thing to know about hornets is that their nests are abandoned each winter. Queens leave to overwinter after mating, and worker hornets perish from low temperatures. 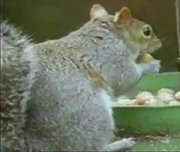 But I, with mournful tread, walk the deck my Captain lies, fallen cold and dead. And this squirrel is pretty mind blowing.

There are plenty more winter weather-predicting myths floating around out there. I think I am going to stick to watching the forecast, looking through the window, or sticking my head out the door. Groundhog Day will be here before we know it.

Jennifer Smith is the Horticulture Extension Agent for K-State Research and Extension in Douglas County. She can be reached at 843-7058.