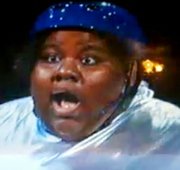 Triumph of the will...and Cheesy Gorditas.

Olympics Fever is in the air. You might recognize this ennobling affliction from symptoms such as (but not limited to) severe joint pain, bright red rash and vomiting. It should be noted that Olympics Fever is often misdiagnosed as Dengue Hemorrhagic Fever. Both, ironically enough, are treated with massive doses of pulverized Bob Costas.

Much to the chagrin of traditionalist sufferers of Olympics Fever, recent Winter Olympics have incorporated more "extreme" sports such as snowboarding and moguls. Between bouts of nausea, these stuffier aficionados offer harrumphs of disaporoval, quickly followed by harrumphs of bloody sputum.

Well, critically febrile Olympics followers, count yourself lucky the following competitions were rejected by IOC. If you were offended by the half pipe, you would have hacked up a kidney in protestation if these events had made the cut.

Oh, and you...uh...you've got a little bit of brown stuff trickling out the corner of your mouth.