The invisible world: Young adult book 'The Secret of Invisibility' sets its fantasy adventure in Lawrence

The cover of Lawrence author John Ralston's new book, "The Secret of Invisibility." 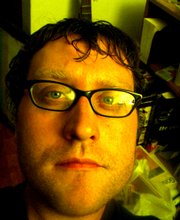 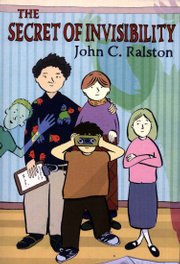 The cover of Lawrence author John Ralston's new book, "The Secret of Invisibility." 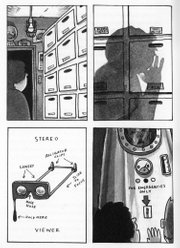 Inside illustrations from Ralston's new book. 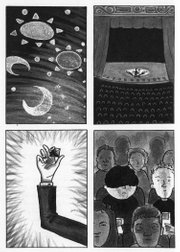 Inside illustrations from Ralston's new book.

Most of the time in pop culture, Harry Potter's cloak being a notable exception, invisibility leads to sinister scenarios involving mad scientists or perverts in locker rooms.

Lawrence author and illustrator John Ralston hopes to add a more approachable sense of wonderment to the realm of the invisible with his new young adult novel, "The Secret of Invisibility." The book follows a 10-year-old boy named Thomas Wax who moves to Lawrence from Kansas City and discovers a mysterious scroll in the attic of his new house. The scroll, it turns out, contains the formula for invisibility. What follows is an all-ages caper involving magicians, jewel thieves and scaring the crap out of your sister.

This is Ralston's first novel, which he began in 2003 and was published in November, and he joins us to discuss the process of writing for children, Lawrence as an alternate universe and subverting our youth.

Q: What made you think you could write a novel, specifically one for young adults?

A: I was watching Fox News and wondering how it was people could grow up to be such jerks. Then I thought it was probably because they weren't exposed to the right books as kids, especially fiction that had a good message of critical thinking and not trusting authority figures and a strong message of self-expression. I thought the best way to help people not grow up to be jerks would be to write something that maybe would cause them to think.

Q: So this is your attempt at subversive indoctrination?

A: It is supposed to be a little bit subversive. I think a lot of that was ironed out as it was written, and after it was edited it was a lot less subversive than it probably started out to be.

Q: What was the biggest challenge in writing a full-length novel? What surprised you?

A: The thing I didn't expect was that I started with an outline. I had all the points I wanted to hit and where they went. I worked on that for a couple of months. Before I even wrote a word, I wrote down the major events that I wanted to happen and how they were sequenced. It was new to me because I had never written anything like this before. The weirdest thing was that as I sat down and started writing it, it all started coming out how I thought it would, but after a while the characters began to misbehave. In my mind they were acting like real people and doing unexpected things. There were several times where I would say, "This needs to happen now." But the characters would seem to do whatever they wanted to, which would cause the plot to change. I could not wrestle it back into its original position because they had made it so that something else was going to happen because of what they were doing or what they were saying. It was more out of my control than I thought it would be. They got minds of their own. It was pretty weird.

Q: Do you think it's more boring to write for children?

A: No, I think it's much more exciting, because anything that happens around you is an opportunity for a young adult novel plot - anything you imagine can happen. It's just like when I was a kid and walking down the street, wishing I would find a treasure map or something like that. It's like being able to sneak into places, or knowing I could sneak into places, because I was a kid. People wouldn't assume you were in there to steal stuff. You're just some weird kid walking around in the office building. It's "exploring" when you're a kid. You're hoping you'll find treasure.

Q: Lawrence is the backdrop for the book. Is it actual Lawrence geography, or is it Bizarro, alternate reality Lawrence?

A: Do you read DC Comics? ŠI think it's probably more like an Earth 2 version of Lawrence. It's not a Bizarro Lawrence but an Earth 2 Lawrence. The main characters, for example, get scared and run away at one point and end up in a slummy area that Lawrence doesn't really have.

Q: You've already finished your follow-up novel. What's this one going to be about?

A: It's about the sister from "The Secret of Invisibility." It takes place in the same universe. It's about her and a friend playing pranks on a neighborhood bully. The pranks get bigger and bigger until they finally trick the kid into thinking they're building a bomb. But it doesn't teach children how to build a bomb, I want to make that clear. ŠLiterature for children is still literature. I think it's the most important literature there is. Most of the reading people do is when they're a kid. Like Daniel Pinkwater said, "Most adults only read to go to sleep." So this is what you read when you're being formed. This new book, "The Plasma Bomb," has a message that you can use your imagination to get back at people rather than violence.

Q: How have you found the process of getting a novel published? What have you learned about the business side of making the sausage?

A: I've learned it all depends on who you know. That's the only lesson I've learned. I knew someone at the Kansas City Star (who published the book). That helped. He read it. As far as I know, the hard part is getting someone to read your stuff.

Lovely illustrations. Sounds like he's got some good ideas too.