The science of exclusivity: How Google, Facebook and other services use selective admission to hype products

The science of exclusivity is really the science of fitting in, as belonging plays a major factor in motivating someone to want a product or service they may have been indifferent to otherwise. 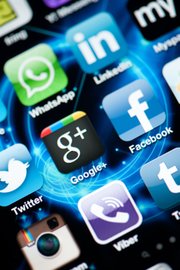 The science of exclusivity is really the science of fitting in, as belonging plays a major factor in motivating someone to want a product or service they may have been indifferent to otherwise.

In late June, a panic erupted over the online landscape. Overnight, things had changed. Suddenly, Google, home to the ubiquitous search engine and the ever-popular Gmail, had dipped a toe into the social networking ocean — international waters firmly controlled by Facebook.

Just not for everybody, not yet.

The company decided to use a soft beta launch, just as it did with the wildly popular Gmail. It hand-picked users to get initial beta invitations. Those people received invitations of their own to dole out. But even if you received an invite, you might not get in because only so many users could join at a single time. Some waited days or weeks, invitations in hand, to get in and see what it was all about.

The result: Prideful joy for the haves, full-scale social media envy for have-nots and more buzz than one mega-company can buy.

That result comes from a very smart decision to use the science of exclusivity, says Kent Stones, director of strategic planning for Callahan Creek, a Lawrence-based marketer for speciality brands.

“I think the brilliance of what Google is doing is that they’re tapping into a much deeper instinctual need that we have to be social and the sense of belonging that we all have, rather than any motivation of feeling exclusive or special or anything along those lines,” Stones says. “Because we all have different motivations for why we do the things that we do, but the commonality of it all is this deep need that we have to belong to a group of people who are like us or that we want to be like.”

That motivation for belonging extends past anything online and into such tangible arenas as the clothes we wear, the food we eat and the phones we use. That need to belong can be a strong motivator, even if you think you’re above that or if you don’t even know why you want something, says Nancy Baym, associate professor of communications studies at Kansas University and author of “Personal Connections in the Digital Age.”

“There’s research about mobile phones in Africa, for example, that shows people carving blocks of wood to look like phones so they just look like they have a mobile phone,” she says. “So, certainly there are all sorts of status implications around technology you have and what technology you use and appearing to have the right technology.”

Baym calls Google’s rollout of Google+ “clever” for all the same reasons Stones mentions. But, she says, it also creates a very distinct user pattern.

“I saw a figure recently, based on an analysis of 46,000 accounts, that found that Google+ was 86 percent male. Which gives me some pause as to about how who got invitations was decided and whether they really thought through what kind of early feeders they were selecting,” Baym says. “Who comes in early to a site has a huge effect on what sort of set of social users that are using that site. And so in that regard, who you pick to get those exclusive invitations early on is really key. So, if, as I suspect they just sent them to techie men, that is going to have consequences, which is very good for techie men and perhaps kind of dubious for the populous at large.”

In a way, it’s also risky, Stones says. He notes that by picking very “in the know” users, the company also picked a group with extremely high expectations. Those same expectations killed the company’s less-embraced projects: Google Buzz and Google Wave.

“There’s the risk-reward side of everything,” he says. But in this case, the company backed up the buzz with the sort of functionality that made Gmail so successful. “Again, they are combining this deep, instinctual need that people have to want to belong to something with a constant and resolute focus on great design. That reinforces then, once people use it, that they don’t have any remorse. And, in fact, they discover the delight that comes from having that product and it absolutely met their expectations, which reinforces their willingness to evangelize it for them further.”

Bailey Dereus of Lawrence hopped on Google+ the second she received an invite. But as a former user of the defunct Google Wave, she says that while she’ll try anything as early as she can, she won’t jump on the bandwagon and call something great just because her friends do. For example, she doesn’t have an iPhone or a certain type of laptop, and she gets by just fine while surrounded by “early adopters.”

“I need to see proof of why this would be useful for me before it’s a ‘must-have,’” she says. “I’m not someone who is going to jump on something because it’s shiny and new.”

Google+ is winning her over, but right now she says its exclusivity might, ironically, just be its biggest hurdle.

“It’s hard using it right now simply because not very many people are on it yet compared to Facebook (and) Twitter,” she says. “They definitely figured out the downside of other social media products — i.e., privacy — and made it better.”

Baym says that despite its initial rave reviews by beta testers like Dereus, she’s not sure Google+ will survive the social media landscape.

“I have to say I have a pretty techie group of people, I’m not seeing very much traffic on Google+. I’m seeing people like it, but I’m not seeing many people really use it. And so, I kind of wonder if Facebook has just managed to achieve such a dominant position that’s not uprootable,” Baym says. “I kind of feel like if everybody on Facebook would kind of migrate over there and I could maintain all those connections and dump Facebook, that would be great, but I can’t dump Facebook. Like many people, I can’t dump Facebook without losing touch with people I’d rather stay in touch with. So, it really is just really one more thing and I do feel there’s a certain amount of social media fatigue.”

Fatigue until the next exclusive network comes around, of course.

A lot of rollouts like this have to be exclusive due to technical restraints. Product designers and engineers make a lot of design and technical assumptions during the development of new products and if you release something too quickly it's harder to iterate. We do this at Facebook for most of our new product launches.