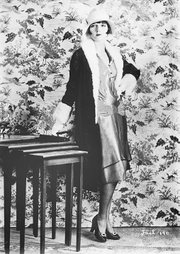 In this undated photo from the Library of Congress, Louise Brooks, a Kansas native and silent-film actress in the Roaring ’20s who helped popularize the bob haircut, is pictured. Brooks is the subject of Lawrence author Laura Moriarty’s fourth novel, “The Chaperone.” The book, available now, was picked by USA Today as the No. 1 hot fiction book of the summer. 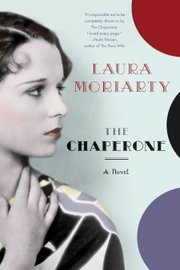 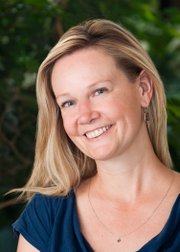 She was leafing through “Flapper: A Madcap Story of Sex, Style, Celebrity and the Women Who Made America Modern,” a book by Joshua Zeitz about prominent women of the 1920s. It featured Louise Brooks, the famous silent-movie star from Wichita whose bob haircut helped define a generation.

“I didn’t know she was from Kansas,” Moriarty recalls. “I read about her, and she was very wild, snappy and irreverent — all these things — from a very young age. When I read that she was 15 when she went to New York, and that she had a chaperone, I wondered, ‘What would that have been like to chaperone her?’”

Hence, “The Chaperone,” the Lawrence author’s fourth novel and, at least judging by pre-release buzz, the one with the highest potential.

“This one is getting a really big push,” Moriarty says of her first novel with Riverhead Books. “(The publisher) really liked it. The book tour keeps growing. There’s a lot more on the Internet — and a lot of people are blogging and talking about it.”

Some of that buzz, which includes “The Chaperone” being picked by USA Today as the No. 1 hot fiction book of the summer, might be generated by the historical context in which the novel is set, during the Roaring ’20s and with such a notable character as Brooks — who if not recognizable by name, certainly is recognizable by photos of that bob haircut.

From Kansas to New York

Brooks, born in the southeastern Kansas town of Cherryvale, grew up in Wichita. At age 15, she left Wichita for New York City for a spot at the prestigious Denishawn School of Dance in 1922. She later starred in 17 silent films and, in many ways, was an icon of her era.

Moriarty, a Kansas University social work graduate who now teaches creative writing at her alma mater, says she could identify with the chaperone’s story, feeling just as out of place in bustling New York City.

“I don’t know if I could write about a character living comfortably in New York City. I’m not a New Yorker — I’m out of place,” she says. “Louise is a Midwesterner, too, but she has more of an East Coast sensibility. She feels at home when she goes to New York.”

Cora Carlisle, the fictional name for the chaperone, is originally from New York but has more Midwestern sensibilities. This conflict in perspectives, in many ways, produces the plot for the novel.

This is Moriarty’s first stab at historical fiction. Her first three novels — “The Center of Everything,” “The Rest of Her Life” and “While I’m Falling” — were met with critical and popular praise, leaving her with a large following that, when combined with the historical and pop-culture interest in her latest project, makes “The Chaperone” seem like a sure-fire hit.

“I have read the book and love it,” says Thomas Gladysz, director of the San Francisco-based Louise Brooks Society, a fan club for the actress. “I have noticed a great deal of buzz for Moriarty’s novel among Brooks’ many fans. Moriarty paints an accurate, and not always flattering, portrait of the then-future actress, and I think she gets it right.”

Moriarty says, though she’s a sucker for History Channel documentaries, she hadn’t done much historical research before this project. She studied every aspect of Brooks’ life through books and films, and she says references to Brooks are historically accurate.

That historical backdrop gave her a framework for taking every creative license with the experiences of Cora, the chaperone. Gladysz says not much is known about the chaperone, which leaves much to the creative mind.

If “The Chaperone” hasn’t generated enough buzz of its own, the audio book version surely will generate additional interest. It is narrated by “Downton Abbey” star Elizabeth McGovern, who also has purchased an option for film rights to the story. Moriarty, a “Downton Abbey” fan, is thrilled by the audio book partnership — and the potential for a movie based on the book.

“It would be wonderful if she got the green light to work on it,” Moriarty says.

Moriarty’s own fame — which, in some ways, has been gradual starting with “The Center of Everything” in 2003 but suddenly has reached new heights — is no surprise to Rachel Smalter Hall, adult programs librarian at the Lawrence Public Library.

“Laura is one of those ‘best-kept-secret’ kind of authors who consistently write great books that are well-received by critics and have a loyal following of readers,” she says. “Laura has taken themes that she knows and writes so well — the interior lives of women and their relationships with each other — and sets them against the smart, chic backdrop of silent-film-era glamour. (“The Chaperone”) has such a fun, timely setting in our current pop-culture zeitgeist.”

Moriarty has plans for her next novel — also a historically based book — but it’s on hold because she left this week for a nationwide book tour, which includes a stop in Lawrence. Despite her emerging fame, she remains committed to her family, to Lawrence and to her students at KU. She says her teaching reminds her of her own commitment to her craft.

“Teaching often inspires me,” she says. “I talk about working creatively, and I constantly have good interactions with people who care a lot about books and writing.

“I see my students, and some people get really distracted. I recognize that in myself, and despite the craziness I keep going. That’s true about everything with writing.”

Congrats to the author. I took some time this morning to do a brief search on Louise Brooks. Wowzer, another very famous Kansan few in state know. Been to her hometown many times in the past and never noticed even a sign denoting her.

I am half way through the book and find it fantastic! In preparation for the release of The Chaperone, my wife and I watched several Louise Brooks movies and listened to the commentaries, and we read everything by and about Louise Brooks that the local library had available. That really set the stage, and it makes it clear that the author really knows her subject and that time period. Fabulous read; thanks, Laura Moriarty!

I'm a fan of Laura's. Good for her in having another winner. I look forward to reading it and the book signing.