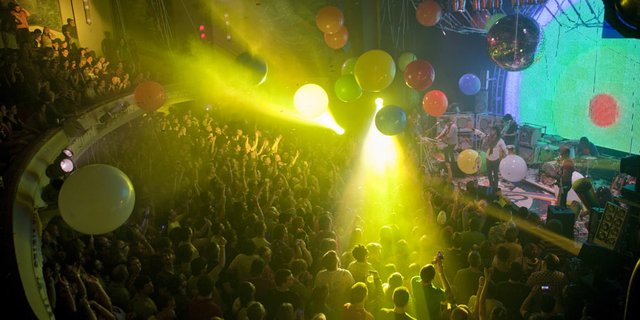 An explosion of light, balloons and confetti fall on a full house Friday at Liberty Hall as the The Flaming Lips kicked off a Liberty Hall 100-year anniversary celebration concert.

In its history, it’s gone from Bowersock Opera House to a nightclub to the local arthouse movie theater, but as Lawrence music-lovers of all stripes can attest, sometimes the movies go to the Little Theater and the big shows get put on.

From its days as an abolitionist meeting space, the venue has retained its attraction as a local institution for gathering — only now for entertainment.

See all the winners in the entertainment category.