Style for the Ages: Innovation in America’s heritage

A huge trend in men’s fashion today is what I’ll call the “American Heritage Movement.”

Tapping into Americans’ obsession with all things vintage, fashion designers are increasingly harking back to a “better” time in American history when things were supposedly just made better. This is why you continue to see “heritage,” “signature” and “vintage” labels attached to long-standing brands. 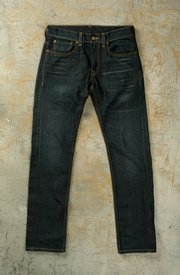 Could modern innovation be used to improve upon perhaps the most classic piece of American clothing, like these Levi’s jeans?

But this movement is by no means limited to big brands — in fact they’re the outliers. What I term “micro companies” are also blowing up right now.

Kansas City’s own Baldwin Denim is a perfect example of a successful micro company. Matt Baldwin, the founder, obviously realized the appeal of simple, heritage-inspired items, and has built his brand on classic denim, shirts and caps.

Even more, Baldwin Denim, like so many other micro brands, makes its products in America.

Brands like Baldwin, then, have built their reputations on hard-working, hard-wearing, American-made products like you used to be able to get. They are the epitome of American heritage, and I think it’s great. But I recently got to thinking, why can’t American heritage be the new American innovation?

With the recent financial decline and coinciding rampant globalization, I think Americans find comfort in a romantic past — a time when things were supposedly simpler and quality came easier. This is nothing new.

We have looked to the past many times as a safety blanket. But I think that we need to look forward.

Let’s take jeans, for example (if you’ve read this column in the past, you know jeans are probably my favorite article of clothing). We’ve basically been making denim jeans the same way for the last 150 years. Could modern innovation be used to improve upon perhaps the most classic piece of American clothing?

Levi’s has used anti-microbial spray on one line of jeans (meant for bicycling), but why can’t this become the new norm?

Even stitching could be improved. Brands like Nike have begun to weave strands of Kevlar (the super-strong stuff used in bullet-proof vests) in its stitching — why couldn’t denim makers utilize this sort of thread to make it that much stronger?

I’m not saying that we need to change the basic idea of clothing like denim — I just think that using the technology available on classic pieces could make them even better without sacrificing their image, charm or heritage.

Combining American heritage and innovation has worked in many other facets of production — just look at the new Ford Mustang, Chevrolet Camaro and Dodge Challenger.

When American car companies were in trouble, they knew all they needed to do was bring out what people knew and loved and infuse them with a modern flair. This opened up the window for ultra-innovators like Elon Musk (who now builds beautiful, American-made Tesla electric cars).

I guess I’m just challenging those who build the classics to break out of the mold — to take what we know and love, and push it that much further. This is the American way, after all.

Baldwin Denim is great but at $298 per copy I only bought one pair of The Reed.