Garrett and Mary Benney, of Olathe, shop at Au Marché, 931 Massachusetts St., on Oct. 8. Au Marché is one of several ethnic grocers in Lawrence.

When Olaide Babalola moved from Nigeria to Lawrence about 20 years ago, the cassava, palm oil and red beans he was used to eating were nowhere to be found.

“We had to travel out to get food,” he said.

After years of driving to Kansas City, Mo., to find their native foodstuffs, Babalola and his wife opened African Caribbean Grocery and Gifts at 1530 W. Sixth St., in the same space as a laundry business they also run.

Theirs is one of several small ethnic grocery stores now operating in Lawrence. Like Babalola’s, many are tiny — tucked inside strip malls or other businesses — and likewise started by immigrants looking for a taste of home.

Mohammad Al-zaiti, president of Mediterranean Market and Cafe at 3300 W. Bob Billings Parkway, recalls searching for feta cheese when he was a student at Kansas University.

Al-zaiti said he found some, but it wasn’t good. And it wasn’t like the kind he was used to.

At first, he said, he joked about opening his own store just to get such food. Thirteen years ago, he did. Alongside many Mediterranean specialties, Al-zaiti’s deli case now houses big blocks of fresh Greek feta.

Cooking an exotic recipe and can’t find that strange spice at HyVee? Want a more adventurous afternoon snack? Missing a food you enjoyed while traveling abroad?

You may not have to go around the world (or to Kansas City) to get it. Try one of these 10 ethnic markets in Lawrence. 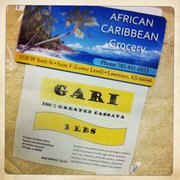 On the shelves: Newly opened this month, this standalone Asian grocery store has a wide variety of dried noodles and mushrooms; sauces and oils; canned ginger and pickled vegetables; fruit juices, cookies and snacks; and kitchen equipment such as steamers and chopsticks. The cooler and freezer, which should be running by the end of this week, will offer fresh vegetables and fruit as well as frozen fish, meat and dumplings. 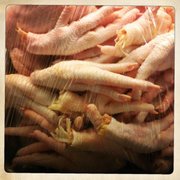 On the shelves: Primarily snack food including Jarritos and other Mexican sodas; chicharrones, spiced potato chips, wheat pellets and other savory snacks; paletas (Latin American fresh-fruit flavored ice) and esquimos (creamy paletas dipped in chocolate and shaved coconut), made in Wichita; and staples such as tortillas and milk. 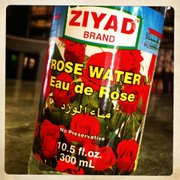 Dine in: The Mediterranean Market and Cafe is also has an order-at-the-counter restaurant serving gyros, falafel, shawarma, lamb curry, moussaka and other regional dishes.

Location: 1021 Massachusetts St. (in the back section of the Aladdin Cafe restaurant)

On the shelves: Packaged Turkish delight and other snacks; Turkish- and Greek-style coffee; beans and rice; olive oils and canned olives; and spices. The grocery also sells hookahs and a variety of flavored tobaccos. 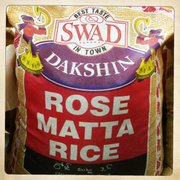 Dine in: Cosmos has a few tables and serves hot Indian dishes to order — appetizers, entrees, desserts and beverages.

On the shelves: Despite the store’s name, the groceries here are almost exclusively Indian. There’s huge bags of rice; moong dal, corn, urad and other varieties of flour; dry matpe, muth, moong and other beans; sauces, snacks and spices; and frozen samosas and Indian meals. 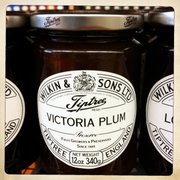 On the shelves: Tea galore — loose leaf and bagged, from black to herbal; British biscuits and cereals; jams and marmalades; packaged puddings and other canned food; imported sodas; and a variety of British gifts and souvenirs.

On the shelves: Gourmet chocolate (baking, bars and truffles); imported cheeses and sausages; European sodas; mustards, vinegars and other sauces; packaged cookies, cakes and candies; canned pâtés; and a variety of imported beauty products and gifts.