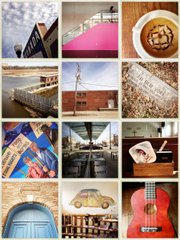 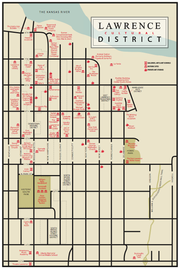 A group working to create a vision for the Lawrence Cultural District is close to presenting its final recommendations to the City Commission.

Balancing the East Lawrence neighborhood’s fear of gentrification with a goal of promoting economic investment — in the district and citywide — has been a theme since the Cultural District Task Force began meeting in April.

City Commissioner Bob Schumm, task force chairman, said that fear has been the hardest part of discussions but that he’s confident the two sides are coming together.

“We have, thus far, reached consensus on every issue we have had difficulty with,” he said, following the group’s meeting this week.

The task force plans to finish the final draft of its document, “Recommendations for Enhancing the Lawrence Cultural District,” and present it to the City Commission in November.

One of the task force’s key recommendations will be for the city to hire a cultural planner to develop a plan, implement it and provide ongoing marketing for the district.

Another top suggestion in the task force’s draft is improving infrastructure — particularly in ways that enhance walkability, such as improving lighting and widening sidewalks to be wheelchair-accessible. The draft also recommends that the city develop a formal community-wide cultural plan, expand Final Fridays, pursue other events to draw people downtown, encourage public art in the district and preserve the district’s unique culture and socio-economic mix.

At Thursday’s meeting, East Lawrence residents on the task force pushed for removing from the draft terms such as economy, capitalize, revitalization and investment. K.T. Walsh said those words made it seem like the plan’s focus was on moneymaking.

Lawrence Arts Center executive director Susan Tate and other task force members, however, argued that without those terms, their plan won’t get the support it needs. After all, groups like the City Commission, Chamber of Commerce and Convention and Visitors Bureau are important parts of the target audience.

“They have to hear the language like this,” Tate said.

Schumm agreed that City Commission members would probably look for potential return on investment before approving any money for the plan.

He said he sees that as increasing “heads on beds” and people eating in restaurants, buying art and going to concerts downtown — not gentrification, or changing the area in ways that would increase property values so much that low-income residents couldn’t afford to live there anymore.

Ultimately the task force agreed to keep some of the terms and remove others, as well as specify the right type of economic investment.

“One thing we really don’t want to do is destroy the district we’re trying to promote,” Schumm said.