Get to know the Farmers' Ball semi-finalists 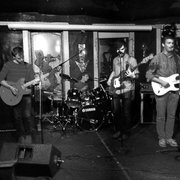 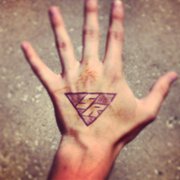 It’s always a surprise who will come out on top, says KJHK developmental director Maranda Jones of the annual Farmers' Ball.

Co-hosted with Student Union Activities at Kansas University, this is the 20th year of the battle of the local/regional bands. It’s the second year the two organizations have been able to offer monetary prizes: the top reward being $2,000 and runner up receiving $1,000.

“This gives bands an opportunity to record and do things they may not be able to do,” Jones says.

That was the case for last year’s winning band, Forrester, which recently put out its “Antithesis” EP using the prize money. Without the Farmers' Ball submission requirements, they would not have been driven to record a sample of their work to showcase in front of the packed crowd that voted them into the winner’s circle.

From 60 local band submissions, whittled down to 16 by KJHK/SUA committee members, and sliced in half by the community through online voting, eight bands will go head-to-head at 8 p.m. Saturday at The Bottleneck,

Audience votes will determine the four bands who play in the finals next Saturday, April 26. It’s up to you to come out, and vote for your favorite.

Blending mainstream rock instrumental sounds and indie pop vocals, Alien Jones was born from the merging of two bands in the Spring of 2012. Brian Sisk and Jimmy Girod were in a band called The Juicy Antics, and Josh Dorrell and Nathan Page were in the original Alien Jones. Playing several shows together, they all became friends. Dorrell even became the lead singer for The Juicy Antics for a short period until they lost their main guitarist and Alien Jones lost their bassist and drummer. It just made sense to them to merge the two, Girod says, and they can’t say they are disappointed with the result. Their four-song EP “Summer Seeds” was released last August, revealing warm harmonies and a wide appeal. Since then, they’ve been growing their presence in the Kansas City/Lawrence area, something the Farmers' Ball could only enhance.

Self-described as blending GameBoys, pianos, analog synthesizers, vintage drum machines, live percussion, and noise improvisation, Narkalark is a local electronic act by Joe Shoemaker, Kyle Stringer and Al Doolittle, whose mission is to prove that electronic music has substance. If you’re familiar with their November debut four-track EP, you are familiar with layers of experimental pops of electronic sounds and powerful drum-machine arrangements, as well as a slowed down melancholic piano-driven vibe on their track “Wildflower,” showing off beauty and grandeur in a simplistic, tasteful manner. In a small sampling of four tracks, Narkalark gives us a taste of their capabilities. No doubt, they’ll show off their composition skills while getting you on the dance floor on Saturday.

Led by Andrew Frederick, and comprised of Chris Luxem, Taryn Miller, Mark Osman (the same four musicians in CS Luxem), James Thomblison and Ross Williams, it’s safe to say the sound of Oils is fueled by the unexpected arrangements and Frederick's drifting vocals. The creative collaboration of the outstanding individual musicians and an incredible amount of time spent together in east Lawrence’s SeedCo Studios (partnering with visual artists also housed there) results in innovative textures, powerful driving percussion by Osman, and energetic sets with sporadic jam sessions. Releasing a split-tape last year with CS Luxem on one side, “Total Oils USA” revealed eclectic harmonious sounds, beautiful storytelling on Frederick’s part, and unpredictable turns. The sixth track, “Rainbow in a Bootlace,” is hauntingly, heartbreakingly beautiful.

After trying to nail down a name for Paper Buffalo’s particular sound, it seems the best word that works for them is “milk,” says vocalist and guitarist Jon Fitzgerald. Don’t discount the description just yet. “The kind of clean spacious guitar combined with the smooth, warm ,overdriven guitar is reminiscent of milk to us right now,” Fitzgerald says. “A little bit of Fugazi, a little bit of Built to Spill. There's some Neil Young influence in the songwriting. We strive for a lot of layers in a style similar to Talking Heads and Grizzly Bear.” An eclectic mix, he says they sometimes end up sounding like a more layered Dismemberment Plan. The members are as follows: Sadie McEniry on vocals, Tony Pease on guitar, Tristan Hantula on bass, Kainen Spooner on drums; they added Brogan Sievers on auxiliary percussion and Andrew Long on saxophone in January.

Started two years ago, the musical stylings, as well as members of Pink Royal have since changed. Steven LaCour is the only remaining original member, and the current incarnation consists of Dylan James Guthrie, Will Chertoff, Alex Hartmann and Nick Carswell. With the musicians’ many influences in mind, they blend a unique combination of dancey pop-soul, with a smidge of hip-hop. Guthrie’s electric energy onstage, as well as his powerful soulful vocals, generally draws attention away from the ambient, melodic guitars and dance vibe produced by the instrumentalists. But the unlikely concoction is quite mesmerizing.

Having just celebrated their one-year anniversary last month, Psychic Heat is one of the most buzzworthy bands in Lawrence. Known for playing shows in the area at least once every other week, you’re bound to have heard the lively “ADHD-rock” sounds coming out of a venue on Mass. Street. This psych rock group influenced by sounds of the '60s and '70s consists of Evan Herd on lead vocals and guitar, Tanner Spreer on guitar, Sam Boatright on bass and talented drummer Ricky Barkosky. Look forward to an energetic set — bringing out hoards of fans for their shows every time — with their intense bouts of flailing onstage. Their debut EP "Lighter" was released last August (with different members along with Herd and Spreer) showcasing a collection of songs with more of shoegaze, droney feel.

It started as a Strokes/Weezer cover band for about a half a year, says Orion Dollar. Patrick Carttar and Dollar were in a pretty famous junior band called Frostie at Southwest Junior High, and lost touch until college where they started jamming again, and adding other members to the band. It's safe to say they've come a long way. Local indie rockers Slight Right released their first single called “Waves” in February. It’s a full-out pop-infused dance track with quick, bright guitar work, dual vocals and sleek keyboard sounds; it’s the first hit of others in the works from their forthcoming EP “Games.” The six-piece band consists of Patrick Carttar on lead vocals and synth, Quinlan Carttar on vocals, djembe and slide whistle, Orion Dollar on guitar, Kendal Harland on drums, Adam Smith on bass, and Matt Zabel on guitar and synth. They hope to have the new EP out by this summer, but in the mean time, they are trying to get as much exposure as possible.

The four-piece garage rock band with Americana/indie tendencies is comprised of Mitch Hewlett, Josh Hartranft, Matt Mirsch and newest comer, guitarist Ben Childs. Balancing dark, intelligent lyrics with upbeat, catchy instrumentals fit to air on the radio, Westerners create a unique intensity. Recorded and produced by Joel Nanos at Element Recordings (Kansas City), their latest four-song self-titled EP release has gained praise in the Midwest, building their fan base and showcasing their folky appeal with words drenched in sadness, while maintaining psych-rock soaring guitar solos that are bound to fill you with superficial elation. It translates into a fiery performance, one that will likely get you stomping your feet in approval.