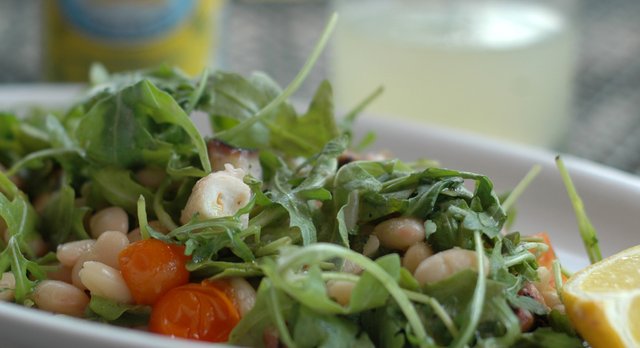 Besides fish, shrimp and the occasional oyster, sea creatures aren’t swimming around on many menus in Lawrence. But this antipasti dish at Genovese has a few tentacles and suction cups. Chunks of octopus, with a hint of flavor from the grill, are served in an arugula salad with white beans, cherry tomatoes and lemon vinaigrette.

Where to get it: Genovese, 941 Massachusetts St.

Try it with: A generous squeeze from the lemon wedge that comes on the side.