Assuming that Academy voters have short memories, the way the movie awards season works in Hollywood is that most of the “prestige” pictures get crammed into a two-month release window at the end of the year. In 2014, the bulk of those releases failed to deliver.

When compiling my best-of-the-year list, I was surprised that zero of those late-game additions even made my top 10. 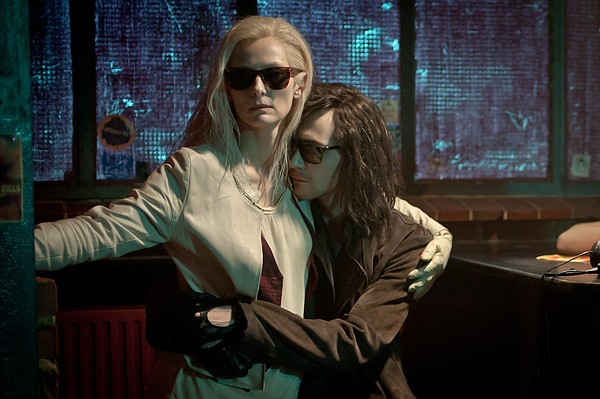 By using vampirism as a metaphor, Jarmusch gets to tweak the (secret) history of art and culture going way, way back and tap into something poignant about love and death. 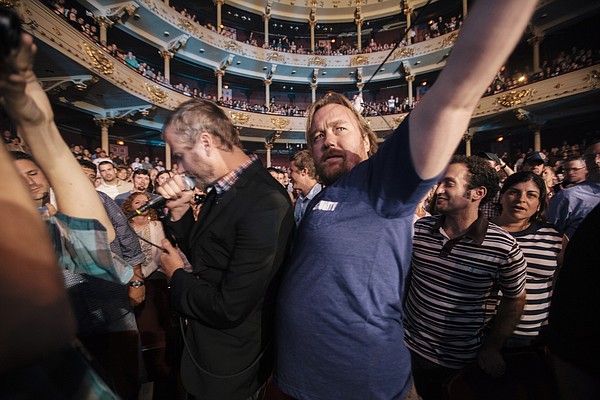 "Mistaken for Strangers" by Contributed Photo

Hands down the most pleasant surprise of 2014 was this not-quite-rock doc.

It starts out being a first-person account of The National on a worldwide tour by the lead singer’s brother, hired as a roadie. But it’s not about the mega-popular band at all. Rather, director Tom Berninger plays with the form, and it becomes a well-rounded, funny movie about trying to make a movie — with a big helping of sibling tension and a truly moving underdog story. 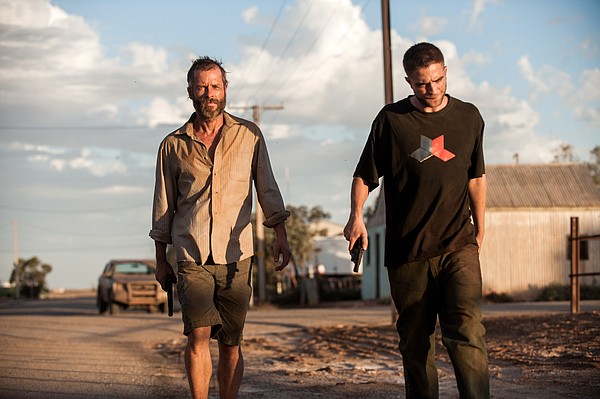 David Michôd’s violent, apocalyptic revenge drama is so bleak it could send fans of “The Walking Dead” into a depressing tailspin after a viewing.

One singularly determined man (Guy Pearce) attempts to reclaim his stolen car and meets a simple-minded kid (Robert Pattinson) who provides him with some unwanted but much-needed companionship. That’s pretty much the entire plot.

The desolate landscape and a twisted sense of humor provide a unique backdrop for a story that’s all about our need for a connection. 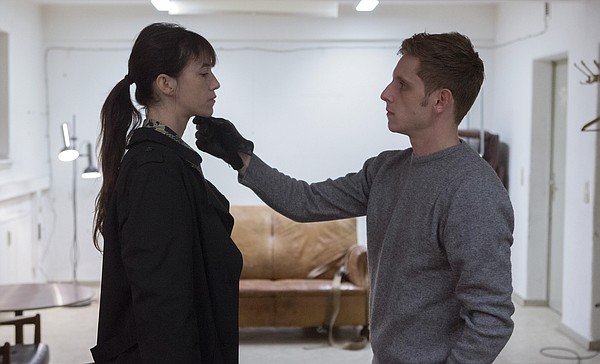 7 — “Nymphomaniac Volumes I and II”

Danish provocateur Lars Von Trier adds a little playfulness to his button-pushing antics with a four-hour movie that portrays the complicated life of a sex-addicted woman (played by Charlotte Gainsbourg and Stacy Martin).

Von Trier has plenty to say about sexual hypocrisy, but this time he’s lightening the darkness — and there’s plenty of it — with narrative-breaking cut-ins and fly-fishing analogies. Until the end, that is, when he twists the knife, per usual. 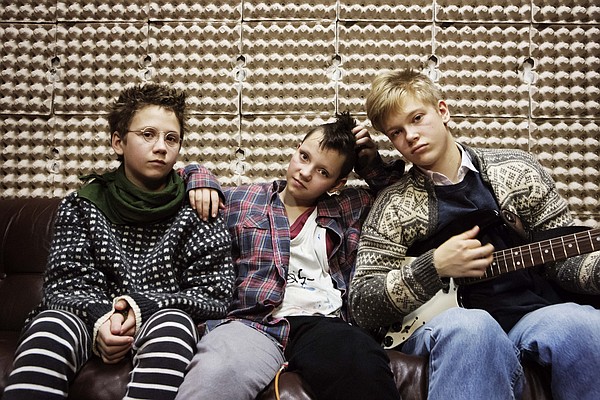 "We Are the Best!" by Contributed Photo

The best foreign film of the year didn’t receive wide distribution in the States, but this joyful coming-of-age movie, set in Stockholm in 1982, could and should have had bigger legs.

Three 13-year-old girls channel their alienation into forming a punk-rock band with borrowed instruments from the local teen center. Director Lukas Moodysson captures natural turns from his young actors, who fumble through boy problems and parental tension with a sweet exuberance that will leave you grinning from ear to ear. 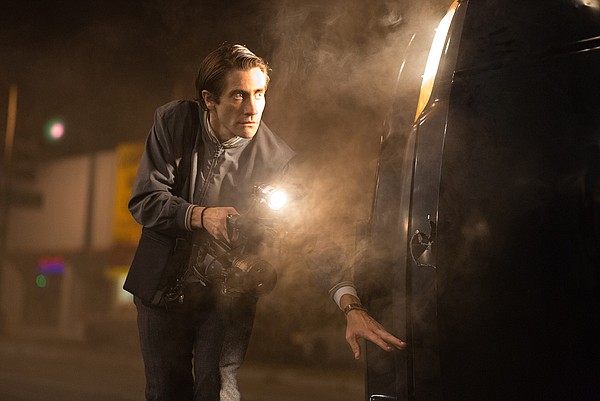 Jake Gyllenhaal turns in one of the more intensely focused performances of the year as a DIY careerist who’s blissfully unburdened by a conscience in Dan Gilroy’s satirical neo-noir.

Gyllenhaal becomes a late-night crime scene videographer, but the 24-hour news cycle and its “if it bleeds, it leads” mentality aren’t the only thing on this movie’s mind. It’s equal parts thriller and social statement, taking both ideas to bizarre extremes. 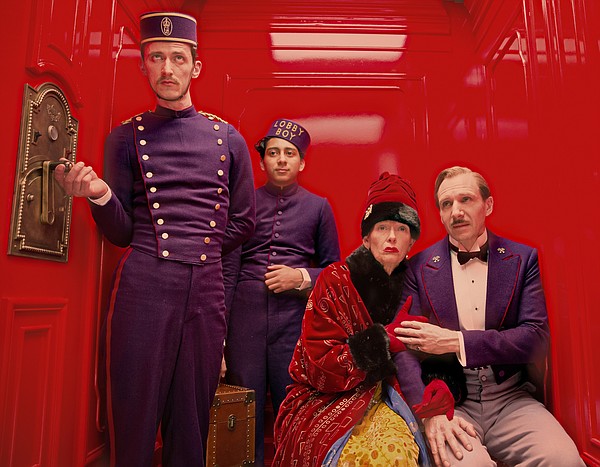 What elevates Anderson’s eighth feature film to the level of modern classic is the way it creeps up on you emotionally. 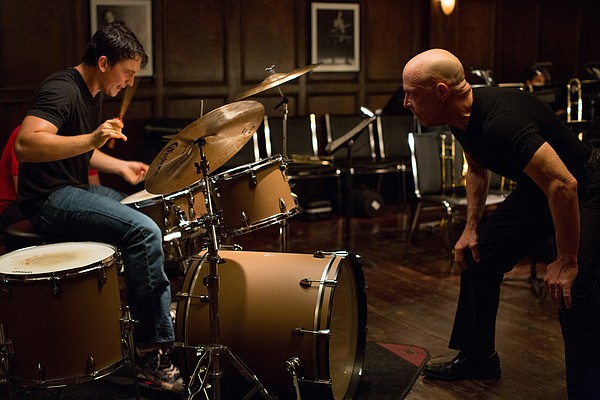 A movie this wrought with tension seems like it should be powered by some sort of espionage or murder — a life and death situation at least. Nope.

Damien Chazelle’s directorial debut is a chamber piece about two strong wills and the drive to succeed at all costs. Miles Teller is the student drummer at a prestigious New York music school and J.K. Simmons is his unrelenting teacher. On top of all of its frenetic energy and mounting pressure, “Whiplash” asks serious questions about how far students should be pushed and the psychological toll of striving to be the best. 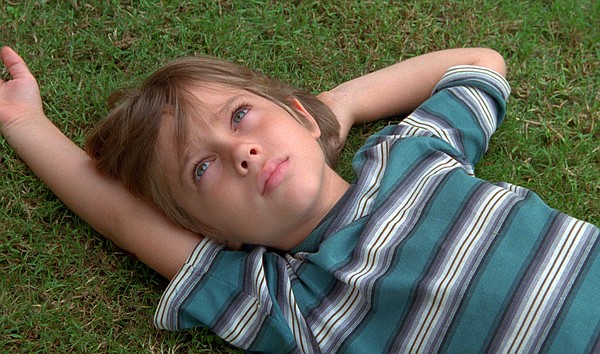 There were a million ways Richard Linklater’s 12-year experiment could have gone wrong. It’s a miracle the movie even exists, much less the fact that it’s a one-of-a-kind filmgoing experience.

Filming one week out of every year as young Ellar Coltrane grew up meant he would capture the physical changes in his cast like nobody before him, but Linklater’s strategy of avoiding the foreshadowing and plot developments that audiences have become accustomed to was his masterstroke. The unique power of “Boyhood” comes from its keenly observed moments and their cumulative effect. 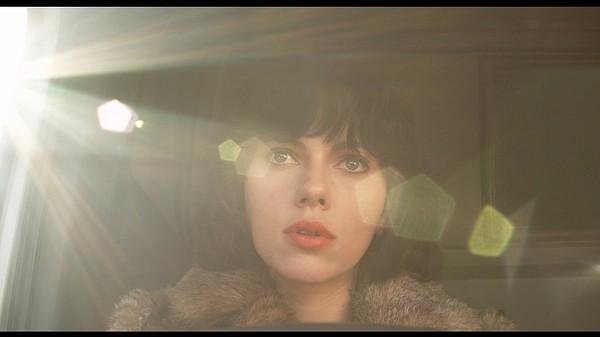 "Under the Skin" by Studio Canal/Contributed Photo

Put simply, I go to the movies to be taken over; to be hypnotized by sound and image. No other film this year put me in the headspace of its lead character (a mysterious stranger played by Scarlett Johansson) and altered my mood so completely as Jonathan Glazer’s genre-bending sci-fi drama.

Like “Blade Runner,” “Under the Skin” examines gender issues and the nature of humanity, but it does so through a mix of the mundane (employing non-actors picked up on the streets of Scotland) and the mind-bending (startling special effects and a jarring score), making it a truly overwhelming experience.

Most Disappointing Movies of 2014

An even more cynical piece of product (exporting shallow, fake American values to the rest of the world) than the last awful “Transformers” movie.

It’s what happens when a filmmaker thinks something violent with unlikable characters is enough to qualify as gritty adult entertainment. Another sand trap on Schwarzenegger’s rocky “comeback” trail.

“The Theory of Everything”

Let’s take an extraordinary couple like Stephen and Jane Hawking and force them into the familiar box of every other romantic drama we’ve ever seen!

Or, “How to Dull Down an Enigmatic Actress and Turn Her Character Into a Person of Inaction.”

— Eric Melin is the editor-in-chief of Scene-Stealers. He’s a member of the Broadcast Film Critics Association and vice president of the Kansas City Film Critics Circle. On the air-guitar circuit, he goes by the name Mean Melin and is a world champion of air guitar.

I did not like "The Rover" at all and "Grand Budapest Hotel" was boring. In my opinion.

I have a lot of watching to do, but I LOVED "The Grand Budapest Hotel". Found it anything BUT boring. I liked "Gone Girl" and don't feel like you can fault David Fincher if you've read the book. He follows it to the T and all the actors played their parts perfectly. So if you were expecting something else, well, I don't think you can call it "Gone Girl". :)