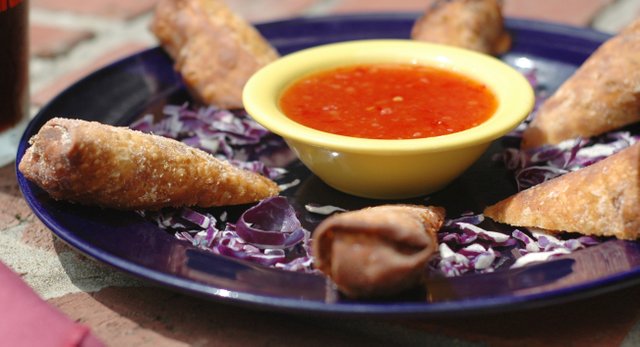 Every barbecue restaurant serves a pulled pork sandwich. At Bigg’s, the juicy smoked meat shows up in a couple of unexpected places, including the Barbequed Egg Rolls appetizer. Pulled pork, cream cheese and spices are deep-fried in Asian wrappers and served with red cabbage and sweet-and-sour dipping sauce.

Try it with: Bigg’s sweet barbecue sauce (one of the three house sauces you’ll find on your table), for a less Eastern/more Western taste.