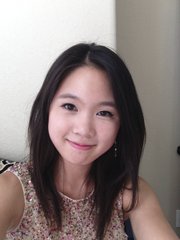 High school junior Chaeyoung Park won the Gold Medal of $10,000 at YoungArts Week, an honor given to fewer than five students. Park was selected as one of 171 National YoungArts Foundation finalists, narrowed down from 11,000 applicants.

Based on performance, Park was awarded the Gold Medal of $10,000, an honor given to fewer than five students each year.

Park is a piano student of Jack Winerock and Scott Smith of the Kansas University piano division, and is a home-schooled high school junior.

She took first prize of $2,500 at the Emilio Del Rosario Young Artists Piano Concerto Competition in March in Chicago, an international competition for 10 selected musicians younger than 20. The final round of the competition was held in the Chicago Symphony Center where the three finalists performed a full piano concerto with the New Millennium Orchestra.

Park also won first and audience prizes at the Kansas City Symphony Young Artists Concerto Competition, held at the Kauffman Center for the Performing Arts in March. Seven finalists performed a movement of a concerto, and the audience voted Park as their favorite. She received $250 and an additional $1,000 as the first-prize winner.

Park will perform the Tchaikovsky Piano Concerto No. 1 First Movement with the Kansas City Symphony on May 21.