Getting to know you: An introduction to East Ninth Project's commissioned artists

The City of Lawrence on Tuesday announced the names of the East Ninth Project's eight commissioned artists, and while details of the artists' plans for the project aren't available as yet, we do know that all artists involved have ties to the Lawrence or Kansas City region.

“This was an extensive and methodical process to select artists best suited to fulfill the vision of this project,” said Porter Arneill, the city's director of arts and culture, in a news release. “I want to thank the panelists for their time and expertise in helping to select the artists for this unique project.

All five of the artists chosen for the project's "East Ninth Artists" opportunity live and work in Lawrence. The three artists selected for "Integrated Artists," the second ongoing commissioned opportunity of the project, either live in Kansas City or, in the case of one individual, relocated recently from Kansas City to New York.

Here's an introduction to all eight commissioned artists of the East Ninth Project:

Rachael Perry is a visual artist, writer and photographer based in Lawrence. She is perhaps best known for her Lawrence Inside Out photography project, for which she spent the better part of a year documenting the diverse faces of the Lawrence arts community through approximately 650 black-and-white portraits. Some of the photographs, which popped up at various Lawrence locations this spring, can still be seen scattered around town.

Perry, 32, has made her home in Lawrence since her days at Kansas University, where she studied theater and Spanish. She also serves on the board of the Lawrence Percolator, where she curates community art shows, hosts multidisciplinary art workshops, writes grants and collaborates with local agencies.

She and her musical partner, Michael Bradley, have performed together regionally as The Sun My Heart for the past eight years. 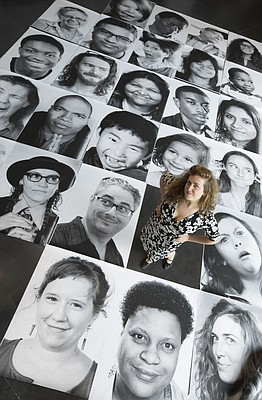 Lawrence photographer and artist Rachael Perry stands among a handful of the 650 portraits of local residents she photographed for the Lawrence Inside Out community photo project. Perry set out take black-and-white portraits of anyone who considered themselves part of the arts community. by Nick Krug

A 1987 graduate of Kansas University’s painting and design and illustration programs, Stephen T. Johnson has lived and worked in Lawrence since 2000. His work spans a variety of concepts, contexts and media, including painting, collage, drawing, sculpture and installations, and can be seen in museum and gallery exhibitions, public art commissions and through his award-winning children’s books.

Examples of his public art include a large mosaic mural at the DeKalb Avenue subway station in Brooklyn, N.Y., and a 58-foot long mural at the Universal City Metro Station in North Hollywood, Calif.

Nick Carswell, 34, is a native of Limerick, Ireland, but now makes his home in Lawrence and serves as assistant director of InterUrban ArtHouse in Overland Park. Now working primarily in music, Carswell has dabbled in various media and art forms, including filmmaking and radio production. 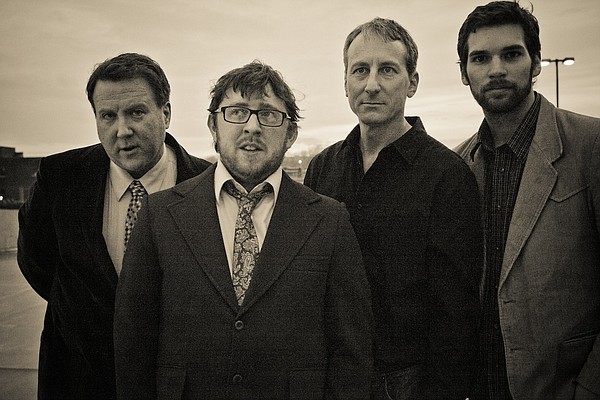 Nick Carswell, pictured here second from left with his band Carswell & Hope, is a Lawrence-based musician who has also dabbled in radio production and filmmaking.

Lawrence art lovers may recognize Meredith Moore as the owner and director of downtown’s Wonder Fair gallery. Her involvement with the East Ninth Project will largely reflect her ties to Wonder Fair and may involve the gallery’s Secret Order of the Black Diamond.

She also serves a producer of the Charlotte Street Foundation- and Andy Warhol Foundation-funded THRUST podcast, which focuses on issues faced by artists in the Kansas City region.

Moore holds bachelor’s degrees in painting and French from Kansas State University, as well as a master’s degree in art history from KU. 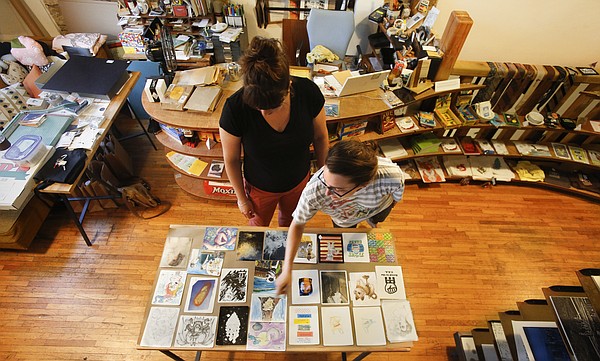 The artist known as Zia now lives and works in Lawrence, but spent the better part of the 1990s studying and later teaching in Finland.

Zia holds a bachelor’s and a master’s degree in ceramics and glass from the University of Art and Design in Helsinki, Finland.

She has shown her work both in the U.S. and internationally, at venues including the Philadelphia Art Fair, the Stockholm (Sweden) International Art Fair and the International Ceramics Festival in Mino, Japan. 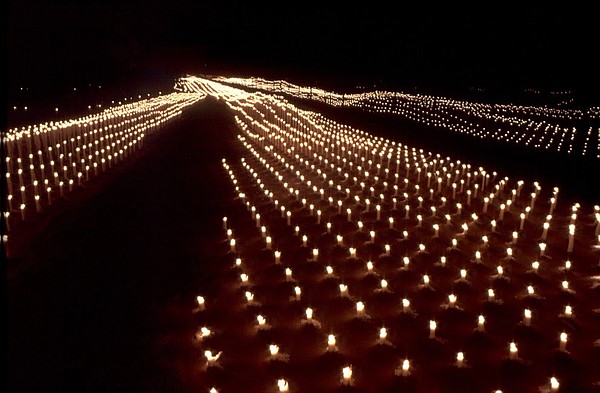 Zia created Maininki, a 330-foot-by-40-foot indoor light installation, for the Helsinki (Finland) Festival of Light in 1996. The installation featured 6,000 candles arranged as waves with reflections from the glass walls that surrounded the space.

Kansas City-based artist Jarrett Mellenbruch, 44, has spent his career exploring methods of cross-pollination between his lifelong passions for art and science.

A third-generation beekeeper, Mellenbruch attracted local and national media attention beginning in 2013 with his Haven project, a cross-country art installation that addresses the ongoing decline in global honeybee population and seeks to promote harmony between bees and humans.

He holds a bachelor’s degree in painting from the Rhode Island School of Design and a master’s degree in interdisciplinary studies from the Maine College of Art. Currently, Mellenbruch serves as an adjunct professor at the Kansas City Art Institute teaching courses in social practice. 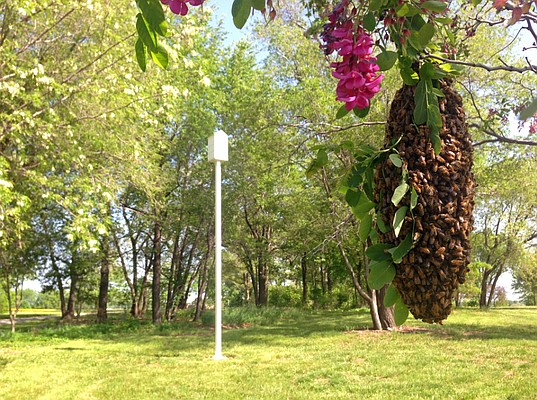 A swarm of bees and one of Jarrett Mellenbruch's functioning beehive sculptures are pictured in this image of the Johnson County Community College campus. Mellenbruch's "Haven" project addresses the ongoing decline in the global honeybee population.

Porter, whose work emphasizes the use of light within various scales of the built environment, spent several years in Kansas City before relocating within the last few years to New York State.

A graduate of the Kansas City Art Institute (where he studied environmental and product design), Porter taught at his alma mater and KU before taking on his current role as associate professor of lighting design at Parsons The New School for Design in New York City.

James Woodfill has lived and worked in Kansas City since his graduation from the Kansas City Art Institute (where he studied painting) in 1980.

He has spent the majority of his career working in installation art, with much of his work being shown both nationally and internationally, as well as public art. Woodfill’s public art (which spans projects in Kansas City, St. Louis and Tampa, Fla.) has been widely recognized with numerous awards from the American Institute of Architects, and it has been included twice in the Americans for the Arts/Public Art Network annual “Year in Review.”

Currently, Woodfill serves as an assistant professor of painting at the Kansas City Art Institute. 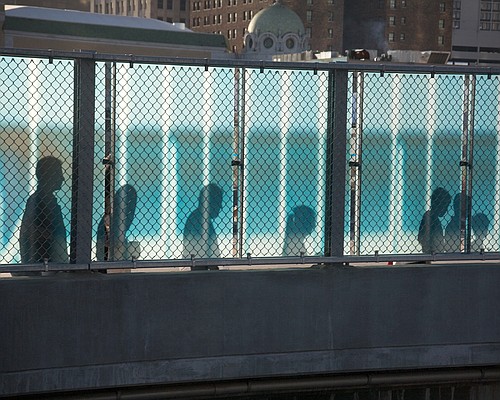