Food for thought: Environmental journalist Simran Sethi on the world's vanishing biodiversity — and how we can save it 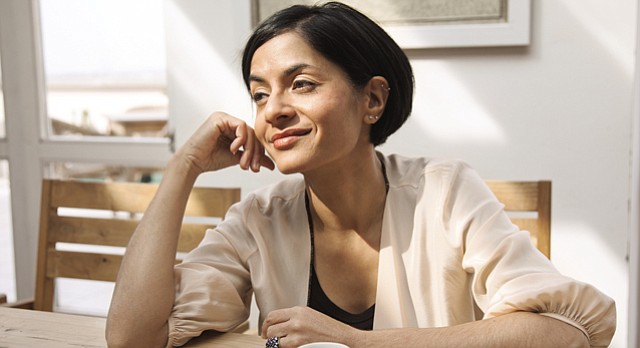 Environmental journalist and former Kansas University professor Simran Sethi will be giving a public talk about her new book, “Bread, Wine, Chocolate: The Slow Loss of Foods We Love” at 6:30 p.m. Tuesday at the Commons in Spooner Hall on the KU campus. In the book, Sethi explores the history and cultural importance of beloved tastes and how they’re being threatened by the lack of diversity of our food supply.

Five years ago, Simran Sethi, the award-winning environmentalist, journalist and educator working as an associate professor at Kansas University's journalism school, left KU to embark on a six-continent journey that would introduce her to hundreds of farmers, producers and other food experts.

Along the way, Sethi discovered how some of the world's most beloved foods are slowly vanishing through genetic erosion, a slow and steady loss of diversity in what we grow, what is sold to consumers and what we eat.

At 6:30 p.m. Tuesday, she'll return to Lawrence — where she spent last summer editing her new book, "Bread, Wine, Chocolate: The Slow Loss of Foods We Love" — to share her findings in "Endangered Foods: An Evening with Simran Sethi" at KU's The Commons, 1340 Jayhawk Blvd.

But before then, the globetrotting writer and self-proclaimed "eater" chatted with the Journal-World about the planet's dwindling agricultural diversity, what we can do to save it and how she reconciles her undying love of Twix bars

JH: You grew up in an Indian family eating Indian food, which is known for its health benefits and doesn’t use a lot of animal protein, but you also grew up in the South where I’m guessing you were exposed to some stuff that wasn’t so healthy. How did that background influence how you look at food?

SS: For me, food is the anchor. My love of my family is embedded in my love of food and vice versa. So for me, growing up in here in North Carolina had been the experience of really understanding what it means to stand in two places. Everything about me is Indian, but my story is one that’s also firmly routed in Winston-Salem, N.C. And it’s an interesting negotiation that anyone who’s immigrated here has to experience, where your food isn’t just a source of comfort but it’s a source of shame. My mom would make gorgeous meals for me to take to school, and I would throw them away and I would dream of tater tots and that crappy, disgusting, industrial pizza you get in high school.

"Endangered Foods: An Evening with Simran Sethi" will be at 6:30 p.m. Tuesday at The Commons in Spooner Hall, 1340 Jayhawk Blvd., on the KU campus. Books will be available for purchase through the Raven Book Store. Food and coffee representative of the book’s themes will be provided by 1900 Barker Bakery and Cafe, Hank Charcuterie, Limestone Pizza Bar Kitchen and Goddard Farm. The event is free and open to the public.

In that moment, I just wanted to fit in and be like all my friends. But food was so much a part of that. It’s such a reflection of who we are.

JH: These days, it seems Americans are being exposed to so much more variety as far as international foods, and American chains like McDonald's and KFC are incredibly popular in countries like China, while at the same time we’re also globally experiencing this loss of biodiversity.

SS: Well, it’s globalization. It’s one of the reasons our food system is so different now. Actually, it’s not surprising that we can find lychee fruits in Lawrence and not just one hummus but like, 15 different kinds of hummus. But at the same time, 90 percent of our dairy products come from one variety of cow. And so you think you have choice, but it’s really largely in flavor or in brands, and when you start to look at the brands, everything is consolidated. Seventy percent of our seeds are owned by just two companies, Syngenta and Monsanto. We have lost that diversity. So, in the case of the one cow that accounts for 90 percent of dairy products, that increases risk and that also increases the power that these institutions have. We don’t have to grow food this way, and the truth is, for most of human history, we didn’t. It’s very, very new to be treating food like just any other widget or commodity. 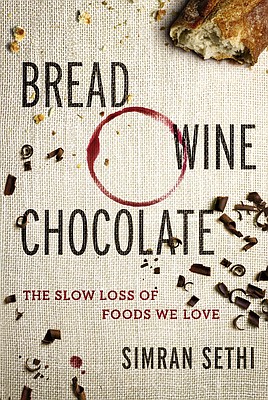 JH: In your book, you talk about how eating and tasting are two very different things. Why make that distinction?

SS: One thing I feel that’s been happening in food conversations is, some people have taste and the rest of us don’t. I wrote this book for a mom living west of Iowa (Street). I had a very clear vision in my head of a woman who just wanted to do right by her kids, you know? She went to Hy-Vee, she bought a couple of organic things, but it wasn’t her jam. She wasn’t making it to the farmers market every weekend or heading to The Merc. She’s just a “regular person,” not some food-obsessed person like myself (laughs).

I wrote this book to empower her. Before this started, I had no idea how much something like sound or touch or the weight of the bowl would influence how I would eat the food that was contained within it. It’s really to say, our food choices come from us but they’re also from outside of us, and that means that they can always change. That also means that if I give you enough information, you are your own expert. If you still choose the Big Mac or the cheap chocolate, just know 70 percent of that was grown in Africa and probably small kids harvested that.

JH: You even acknowledge in the book your love of so-called “bad” foods, like your first cup of coffee at Krispy Kreme. What have you learned about yourself through this journey across six continents and interviewing hundreds of food experts?

SS: The greatest discovery has been realizing that we, as eaters, haven’t been considered by conservationists as part of the way to solve the loss of agricultural biodiversity and that actually, it can’t happen without us. The three main ways we stem this loss is in what are called ex situ collections — seed banks and stuff like that — or we save this biodiversity in situ, in the wild. For example, Ethiopia is the birthplace of coffee, it’s also the center of diversity of coffee, but it’s also where the wild relatives are. So when we lose a variety of coffee to disease, breeders go back in and see what else is available and what can be bred into that crop so we can figure out a way to save it. Or, there’s in situ conservation on the farm. So, if you go to the farmers market and see an heirloom tomato, that’s in situ conservation in real time. Those farmers can’t grow those tomatoes unless we the eaters are in on this, too. So, you can stop there or you can keep going and seek out that heirloom cacao that makes up these beautiful bars of craft chocolate, or you can choose to go to any of the breweries in town that are serving local beer. You’re already halfway there by just choosing something that supports what’s local and seasonal.

JH: So, do you still enjoy Krispy Kreme coffee?