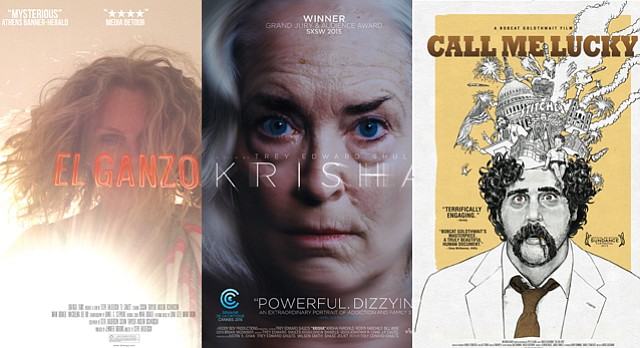 The last time Lawrence-based producer Jennifer Dreiling and Wamego-based director Steve Balderson worked on a project from conception through post-production together was in 2004. The movie was “Firecracker,” and it got quite a boost when Roger Ebert gave it a Special Jury Award on his list of best movies of 2005.

“We definitely wanted to work together again, but it wasn’t until we started talking about the idea of “El Ganzo” that it really came into focus for me that I could step away from my other life to help Steve create this story,” Dreiling says.

Her “other life” is her job as a photography and video producer for Hallmark Cards, and the pair’s first project in 10 years is premiering at the Free State Festival at 1 p.m. June 28 at the Lawrence Arts Center. 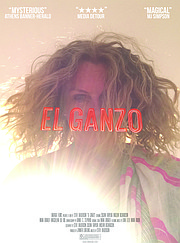 Balderson, meanwhile, has been making films steadily since then. In addition to appearing at the post-screening Q&A, Balderson is hosting a festival workshop the day before titled “Maverick Filmmaking.”

Balderson took inspiration from his friend, the late Karen Black (who appeared in “Firecracker”) who once told him that being truly alive means living in the present; the unknown.

“El Ganzo” follows two American travelers (Susan Traylor and Anslem Richardson) to the southern tip of Mexico’s Baja California Peninsula and the Hotel El Ganzo. He is an artist struggling with a new breakthrough and she is a damaged woman with a mysterious past.

Balderson and crew would set out each day seeking that moment, and much of the dialogue and specific interaction between characters would be made up on the spot.

The film has a haunting feel, partially due to regional actor/composer Mark Booker’s haunting piano score, but also due to the knowledge that the hotel and surroundings were wiped out by Hurricane Odile just weeks after shooting wrapped in Los Cabos last August.

“On one hand it’s incredibly sad and devastating, but on the other, we captured that specific moment in time, and the magic of that place and its people — which won’t ever be the same,” Balderson says. “It was really moving to finish the movie. I was in the middle of editing when the news came, and it felt like I was editing a ghost every day — wondering if that person was safe, or if their home was destroyed, or if that image I was looking at would ever be rebuilt or was it gone forever.” 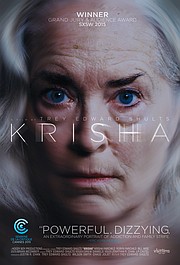 Balderson, Dreiling, Traylor, Richardson, Booker, and cinematographer Daniel Stephens will be present for a Q&A following the June 28 screening.

“El Ganzo” is a premiere, but the Free State Festival has an impressive lineup of independent films that have screened elsewhere before making their way to Lawrence. The Grand Jury and Audience Award winner at this year’s SXSW is first-time director Trey Shults’ “Krisha,” which screens at 7 p.m. Sunday June 28, at the Arts Center.

“Krisha” is a family affair, as Shults plays himself, and he cast his mother Robyn Fairchild and his aunt Krisha Fairchild, in the title role.

The buzz on this odd, low-budget, dysfunctional family movie, which was shot at Shults’ mother’s house just outside Houston, is deafening. It played during Critics Week at Cannes, and was just picked up for distribution by A24. A Q&A with the director will follow the screening.

Another buzzy film is the documentary “Call Me Lucky,” directed by Bobcat Goldthwait, which is coming off of a successful run at Sundance this past January.

What starts out as a loving portrait of prickly stand-up comedian Barry Crimmins takes a emotional turn when certain revelations about his past are revealed. Goldthwait has been directing indie features on his own for a while now, and with each picture, he gains new confidence and prowess.

“Call Me Lucky,” which screens at 8 p.m. June 26 at the Arts Center and will be followed by a Q&A with director and subject, is clearly a personal movie for both. 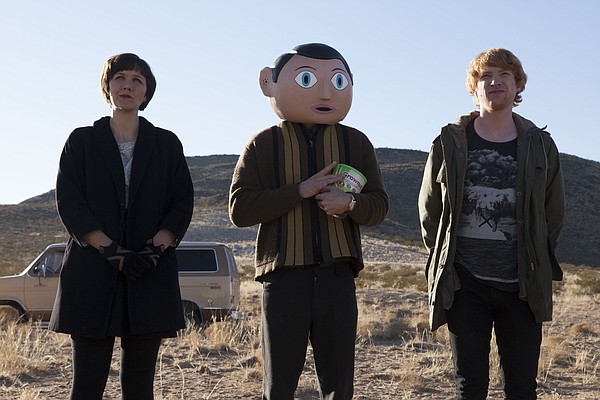 Lawrence is a live music town, and the Free State Festival has done an outstanding job of programming first-rate movies about musicians.

This year is no exception. In addition to a showing of the new documentary “The Damned: Don’t You Wish That We Were Dead,” (6:30 p.m. June 25, Lawrence Arts Center) which showcases the crazy lives of the U.K. punk cult act, there will be legitimate rock legends in the house. 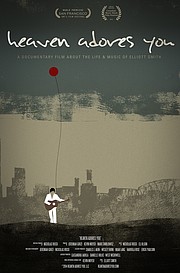 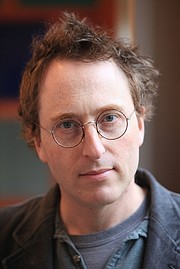 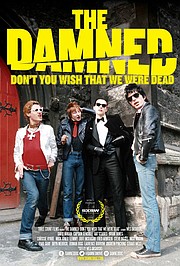 "The Damned: Don't You Wish That We Were Dead"

Following the screening of “The Damned,” director Wes Orshoski (“Lemmy”) and Damned drummer Rat Scabies will participate in a Q&A. After that, the price of admission includes a free concert by indie-rock godfather Mike Watt and his band The Missingmen.

Both the Jon Ronson-penned “Frank” and the Elliott Smith doc “Heaven Adores You” have played in Lawrence recently, but not with the added context and value that the Free State Festival is offering this year.

British author/screenwriter/journalist Ronson will be interviewed on stage at 7 p.m. June 23 Liberty Hall, preceding a 9 p.m. showing of “Frank,” an affecting tale of musical highs and lows that is partially based on his own tenure as a musician, and starring Michael Fassbender as the title character — an enigmatic singer who wears a papier-mache head every day.

The downside of having this much talent at one festival is the conflict of two amazing events happening at the same time. “Heaven Adores You,” an earnest examination of late songwriter Elliott Smith’s music, also shows at 7 p.m. June 23, the same time as the Ronson event, at the Arts Center.

That screening will be followed by a concert of his music featuring Lawrence mainstay and Get Up Kids singer Matt Pryor and friends. Technically, if you’ve already seen the films, you could see Ronson speak first at Liberty and then hightail it to LAC and see Pryor play.

Lastly, there are two short film showcases on June 28 that are full of great potential.

Program one starts at 1:30 p.m. at Liberty Hall and features the short documentary “Queen of Code” by Gillian Jacobs (Britta from“Community”) about a Navy woman who pioneered work on the first programmable computer in the U.S.

Also in the program, local filmmakers Misti Boland and Jeremy Osbern have a 3-minute short called “Courtesan” that premiered at Slamdance and has played at film festivals across the country.

There’s also “Calls to Okies,” a short documentary that tells the story behind the funniest, most subversive prank-call tape ever.

If you are of a certain age and were involved on the indie rock touring band scene in the 1990s, you probably have a third-generation dubbed cassette of this pre-Jerky Boys classic. Both bands I used to tour in wore our tapes out.

In my life and among those in the know, “Calls to Okies” exists on such a vaunted plane that I’m hesitant to finally see the madman behind the genius. But the truth is out there.

​Short Film Showcase 2 follows at 4 p.m., also at Liberty Hall, and features the award-winning short doc “The Gnomist,” about a series of miniature fairy houses that popped up on a walking path in Overland Park. Sharon Liese’s film was a hit at Tribeca, and has been picked up by CNN Films to show this fall.

Ben and Jacob Burghart’s winning short “Neon Veins: HemmohRAGE” from the most recent Wild West Film Festival is also screening as part of showcase No. 2.

Purchase tickets and see a full schedule of all the Free State Festival film screenings and tie-in events at freestatefestival.org.

A showcase of short films produced in conjunction with students from the Boys and Girls Club of Lawrence and Van Go Inc.

Showcase of short films by and for youths, featuring selections made by students at Lawrence High School and Free State High School, as well as national filmmakers.

Wonderful article! Little typo: Krishna should be Krisha. Thanks for the great reporting & hope everyone enjoys the films.