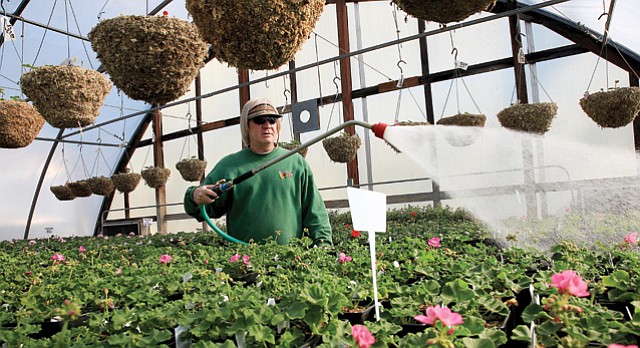 Gerald Pine is a better gardener than Google.

Sure, you could turn to Google when you need to figure out when to plant radishes in Lawrence or what type of snap pea performs best in local soils. But you’re not likely to find a database that goes deeper than Pine’s.

“Our family’s gardening history in Lawrence goes back to 1868,” Pine says.

“Our family really has passed on knowledge about gardening from generation to generation,” Pine says.

Howard Pine used the site of the garden center for years as a produce farm. Then in 1962 he decided to open a greenhouse operation on the property. It has been going strong ever since.

The operation remains unique today because it focuses on growing most of its merchandise straight from seed rather than having it shipped in from distant locations.

“When people are here, it is like they are at their favorite hobby store,” Pine says. “This is a fun thing to do. They have all their necessary rounds done, and when they are here it is their fun time to shop.”

The store is open three seasons out of the year: March through October.