Three Lawrence residents are among the honorees on this year's Kansas Notable Books List.

The list — which honors 15 "quality titles with wide public appeal" published in the past year, either written by Kansans or about a Kansas-related topic — was announced last week by the State Library of Kansas. 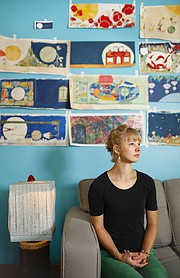 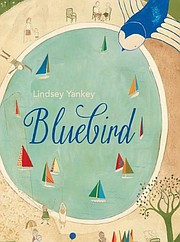 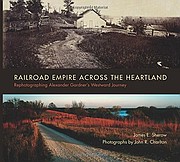 Lawrencians Lindsey Yankey, Caryn Mirriam-Goldberg and John Charlton, along with the other honorees, will be celebrated in September at the Kansas Book Festival in Topeka.

Yankey is the author and illustrator of the children's book "Bluebird," which tells the story of a little bird who goes off an adventure to find her missing friend, the wind.

Poems by Mirriam-Goldberg, the 2009-2013 Kansas Poet Laureate, are combined with Stephen Locke's photography in "Chasing Weather: Tornadoes, Tempests, and Thunderous Skies in Word and Image."

• "A Carol Dickens Christmas: A Novel," by Thomas Fox Averill

• "The Devil's Workshop: A Novel of Scotland Yard's Murder Squad," by Alex Grecian

• "Field Guide to the Common Grasses of Oklahoma, Kansas, and Nebraska," by Iralee Barnard

• "Girl in Reverse," by Barbara Stuber

• "The Kansas Relays: Track and Field Tradition in the Heartland," by Joe D. Schrag

• "Music I Once Could Dance To," by Roy J. Beckemeyer

• "The Ogallala Road: A Memoir of Love and Reckoning," by Julene Bair