In a studio on the first floor of Chalmers Hall, the labyrinth-like structure that up until this past spring had been generically known as Kansas University’s Art and Design Building, students are busy.

Amid all the industrial touches — machinery, workbenches, concrete walls that evoke a mechanic’s garage — KU seniors Samuel Balbuena and Cameron Pratte are sitting at the edges of what looks like a giant pile of hay.

“Once it’s done, we get it into little bundles like this,” Balbuena gestures, showing off a newly completed roll. “Then we lock it ‘Avatar’-style and twist them up.”

Habitat, food systems and community-based artwork are all major themes, and for the past two months, students have been working on hives — made with grass from Douglas County's Red Tractor Farm and Buller Family Farm — that will later be returned to the farms from whence they came and in the spring, populated with thousands of bees. 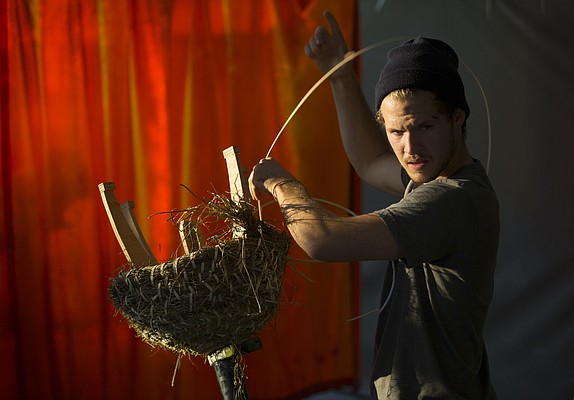 It’s the kind of “holistic thinking” Burke encountered as a college student in the 1980s, when the ideals that first circulated in the counterculture’s environmental movement 20 years before “still seemed new,” he says.

“I knew that students cared about this, because when I talked to young people, the idea of sustainability was like a foregone conclusion,” Burke says. “They didn’t really know what that meant, but they knew it was important. Whereas my generation, we came to understand it was important.”

Sustainability has since become “part of our everyday life,” he says, not only in 24-hour news cycles and in political rhetoric but also among artists.

And on college campuses across the country, from the Maryland Institute College of Art to the “earthwork” pioneer University of New Mexico, with art departments that have created programs devoted to the study of sustainability in art.

“My hope is that we can start a small program around this, because let’s face it, these issues are not going away,” says Burke, who plans on offering his new class every year in the fall.

In Burke’s class, students have studied the causes of climate change and its impact on ecosystems, as well as examples of how artists have worked with “sustainable and ecological concepts” in their art. 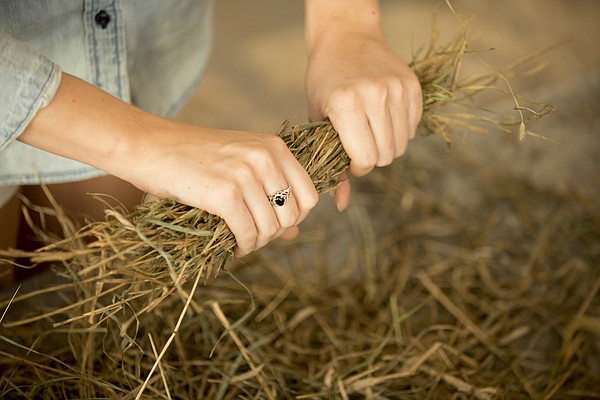 For many students, he says, there’s a struggle in trying to balance career aspirations (artists use “some really toxic materials,” Burke points out) with concerns about the environment.

He’s seen a noticeable shift in how his students interact with the topic — namely, Burke says, the class “has brought out a comfort level and an ease, whereas before, it was maybe a little dormant.”

Neil Goss, an environmental fiber and clay installation artist based in Lawrence, visited the class one day last week to give a presentation on his work (Goss’ 62 wood-fired ceramic busts, created while he was still an art student at KU, adorn the stone wall behind Chalmers Hall) and later, in the studio, mingle with students as they worked on their hives.

In September, the class hosted guest artist Jim Rogers, who led students on a five-day timber-framing workshop. A visit to the Prairie Festival in Salina followed soon after, and last month, the class attended a campus lecture from The Land Institute co-founder Wes Jackson — reactions “ranged from awe to feeling inspired,” Burke later wrote in an email.

On this Tuesday afternoon, the students are nearly finished with their Sun Hives. Devised by German sculptor Guenther Mancke, the holistic concept involves skeps (upside-down baskets, in this case woven with local grass) elevated by wooden support structures.

Inside each skep — the form and shape mimic nests found in nature, as opposed to the stacked boxes of most commercial hives — are curved wooden frames in which bees can move about freely. And it creates healthy colonies, proponents say.

Burke provided instructions for the skep and frames, but left the design of the wooden support structures up to his students.

“This isn’t really something you can half-ass,” says Nick Strange, a junior studying printmaking, while hunched over his concept drawings for the hive’s base. “We are building a home for thousands of living creatures, so we have to make sure they’re going to be able to survive and live in it.” 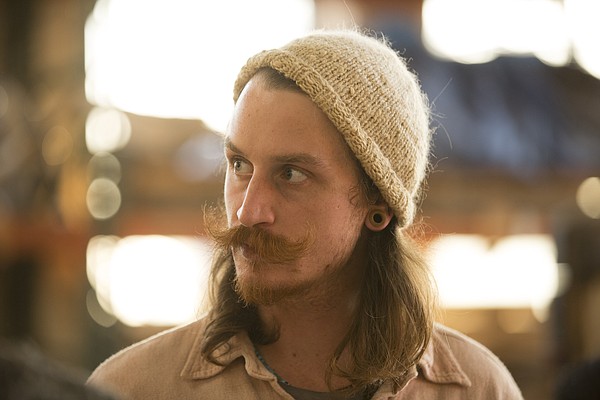 When he’s not in the studio, Strange works as a curatorial assistant in KU’s entomology lab. He’s spent the last year helping staffers digitize the Kansas bee collection, and over the summer, assisted Burke in calculating the mathematical components of the hives.

The art student hopes his classmates’ designs will create a “viable colony” (pollination, not honey production, is the goal here) but is very much aware of the experimental aspect of it all. “Time will tell,” he says knowingly.

“Sustainability is really just awareness. It’s making people more aware of what their actions are, how they interact with the world around them and making that interaction a positive one,” Strange says. “This is what we’re doing now, and that’s what I’m wanting to do with my art outside of school.”

Having the opportunity while still in school has been worthwhile for Strange. Burke hopes his other students feel the same way.

As for the project that has dominated most of the semester, Burke plans on checking in periodically with the farms to see how his students’ beehives are faring. Those who haven’t graduated or are still in town are welcome to join, he says.

“I’m really looking forward to seeing, ‘OK, we tried this experiment, and how did it do? And how can we do it better?’” Burke says. “It’d be great if it worked, but you gotta be realistic. Just because it’s exciting and interesting doesn’t mean it’ll work.”