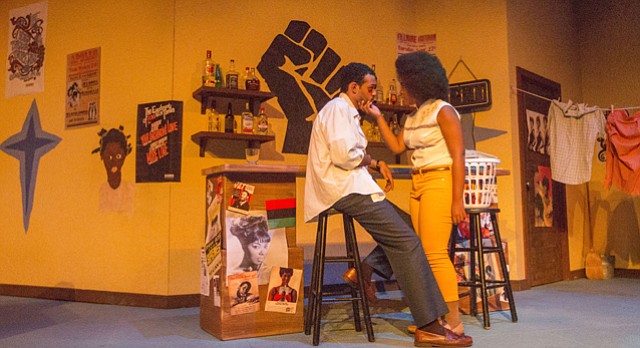 Zechariah Williams, left, and Brianna Woods run through a scene during a dress rehearsal Tuesday, Sept. 29, 2015 at Murphy Hall for the upcoming production of "Detroit '67" by KU Theatre.

The stage of Kansas University’s William Inge Theatre has been transformed into a Vietnam-era basement in preparation for KU Theatre’s newest production, opening Friday at Murphy Hall.

Vintage appliances and groovy posters of Motown singers hug the set’s bright yellow walls. The characters are ordinary people, and wear the kind of clothes — wide-collared shirts, brightly hued minidresses — that were popular in the late ‘60s. The music, technology and hairdos (afros abound in KU Theatre’s cast) are all decidedly retro.

Yet the issues confronted in the play, which takes place in the titular city just as the 12th Street riot erupted onto the national forefront, are just as relevant today.

“It shows what it was like to live it,” Sudbury says, referring to the riots that killed 43 people, injured nearly 1,200 more and resulted in approximately 7,200 arrests. 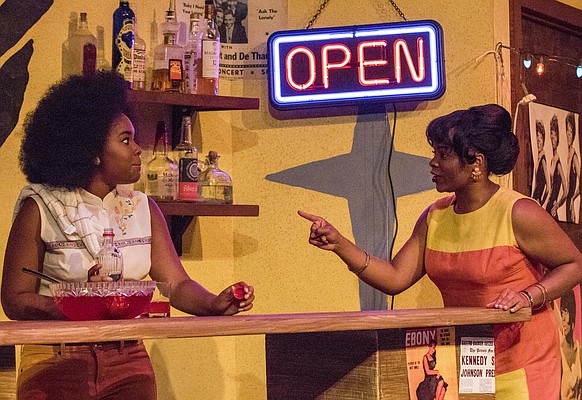 Brianna Woods, left, and Ayzia Underwood run through a scene during a dress rehearsal Tuesday, Sept. 29, 2015 at Murphy Hall for the upcoming production of "Detroit '67" by KU Theatre. by John Young

In “Detroit ’67,” we see the impact of the riots on siblings Chelle and Lank, who have just inherited their working-class parents’ modest home. In an effort to bring in a little extra cash, the brother and sister convert the basement into an underground party joint.

While violence rages in the streets, conflict brews between Chelle, a financially conservative widow striving to protect the future she’s built for her college-aged son, and Lank, who dreams of owning a real bar with his best friend, Sly.

KU Theatre's production of "Detroit '67" opens Friday, Oct. 2 and runs through Oct. 8 at the William Inge Memorial Theatre in Murphy Hall. Tickets are $10-$15 and can be purchased at kutheatre.com.

Pop tunes from the era (Motown hits like “Dancing in the Street” by Martha and the Vandellas, “Get Ready” by The Temptations and “Reach Out I’ll Be There” by the Four Tops) provide a “counterpoint” to the brutality above ground. The songs reverberate against the basement walls, first from a record player and later, an 8-track, which had just emerged on the market a few years before.

The late ‘60s were a transitional time, Sudbury points out, especially for the black community.

“It’s right on the cusp, at the end of the active civil rights movement and those tactics of non-violence, of working through the government trying to get laws passed,” he says of 1967. “It’s right during this time that people are living with the beginning of this new legislation and realizing the police are still targeting black Americans and there’s still economic disparity and there’s still segregation, even though it’s been outlawed in schools.” 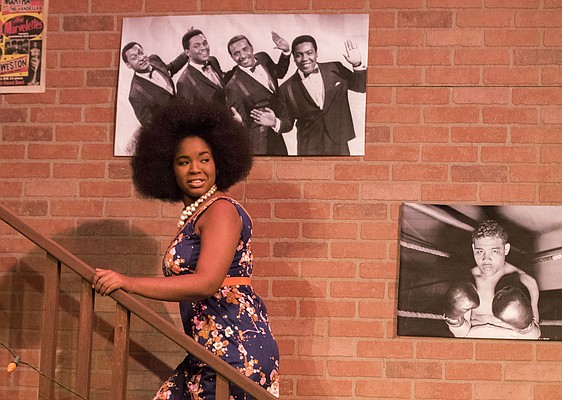 Brianna Woods runs through a dress rehearsal for the upcoming production of "Detroit '67." by John Young

Folks like Chelle and Lank, Sudbury says, were “trying to figure out what’s next.”

Ferguson, Baltimore and other cases of unarmed — and oftentimes, young — black men gunned down by police have dominated headlines and 24-hour news networks recently. But, as those who survived incidents like the Detroit riots could tell you, it’s nothing new.

Police brutality, racial profiling, economic disparity between the races — “This was happening in ’67, too.”

For nearly 50 years, conversations surrounding the Detroit riots have often lingered on what Sudbury calls “the most dramatic events” — looting, arson, police beatings — with little attention given to how the community’s survivors planned to move forward.

Their voices were lost in the chaos, he says. But, hopefully, when we look back on events like Ferguson in the future, the conversation will be different.

“This play, I hope, can help to reframe some of these issues and direct them to, What are the actual problems?” Sudbury says. “And what are the solutions, the hopes and dreams of those who lived through it?” 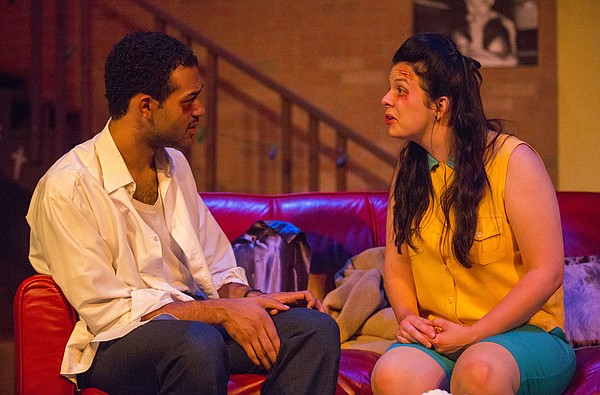 Caroline, played by Krista Jarboe, tells Lank, played by Zechariah Williams, that she is leaving during a dress rehearsal Tuesday, Sept. 29, 2015 at Murphy Hall for the upcoming production of "Detroit '67" by KU Theatre. by John Young