Coming up this weekend: An uplifting story of survival, tailgating for a cause and fun with rock(s) — in more ways than one.

Kansas University Theatre promised to tackle important social issues in its 2015-2016 season at Murphy Hall, and this production is no exception.

“Johanna: Facing Forward” tells the real-life tale of Johanna Orozco, who in 2007 survived a sexual assault and a gunshot wound to the face at the hands of her abusive ex-boyfriend. 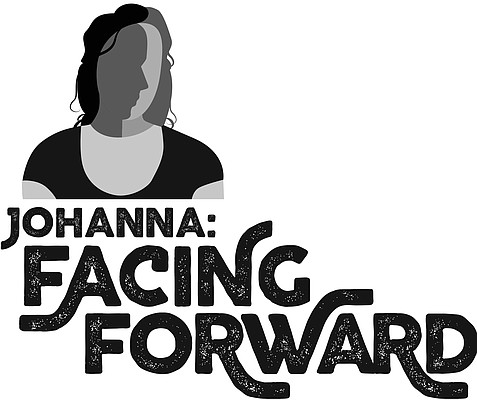 Playwright Tlaloc Rivas, currently a visiting artist with KU’s theatre department, will direct the play at Crafton-Preyer Theatre for only the second time in its production.

Tickets are $18 for adults, $17 for senior citizens, KU faculty and staff, and $10 for children — though the production may not be appropriate for kids under high-school age, KU Theatre notes. Reserve seats at www.kutheatre.com, the KU ticket offices, or by calling 864-3982.

Wings for a Wish

Kansas University’s Chi Omega Lambda chapter (they’re the gals with the namesake fountain on Jayhawk Boulevard, for all my GDIs out there) is hosting a tailgate party three hours before the KU/Texas Tech football game kickoff, and you’re invited.

As with any tailgate, food is the main event here. Fill up on Buffalo Wild Wings, Chick-fil-A and Eileen’s Colossal Cookies — for a good cause. All proceeds from this family-friendly event directly benefit children supported by Make-A-Wish Kansas.

Tickets cost $6.27, and can be purchased online at www.eventbrite.com. 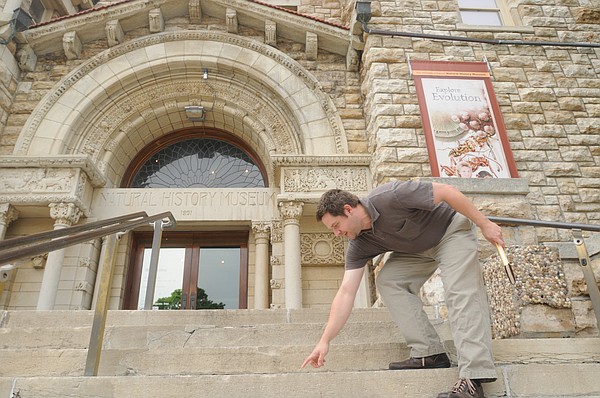 Tristan Smith, visitor services coordinator for the Natural History Museum at Dyche Hall, points out fossils in the steps to the building. They are more visible after rainfall. Dyche Hall has been nominated as one of the state's eight architectural wonders. by Nick Krug

It’s Earth Science Week and National Fossil Day, and to honor the occasion, the KU Natural History Museum is giving us laypeople a chance to mingle with the experts.

Bring in those rocks, minerals and fossils that you’ve always wondered about and see if the museum’s scientists can help identify them. Also on the list of activities: casting fossils, excavating fossil shark teeth and the opportunity to touch a 4-billion-year-old space rock. 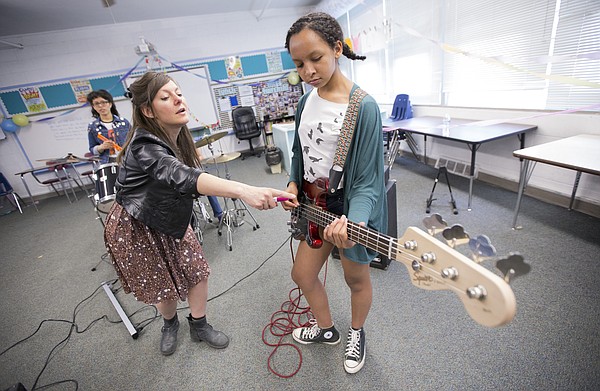 The inaugural Girls Rock! summer camp may have wrapped months ago, but the music created there lives on. This weekend marks the release of original songs written by 2015 GRL campers (plus the camp’s theme song) and recorded at the Lawrence Public Library’s Sound + Vision Studio.

Copies of the album will be available at Friday’s event for $15 apiece as will Girls Rock T-shirts, and proceeds from both will go toward future camps and projects.

The party will also feature a screening of the camp and showcase produced by Women of Lawrence Film, a dance party with DJ Kimbarely Legal at 8 p.m., and free popcorn and cotton candy for all.