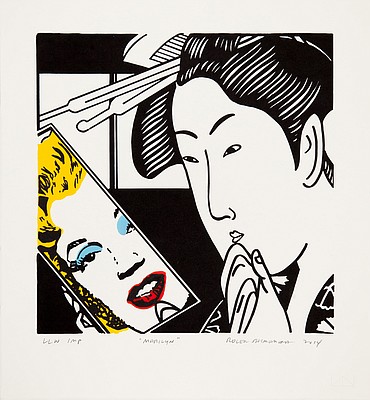 Lawrence's second biennial Print Week returns this week, bringing with it a stacked schedule of exhibitions, workshops, presentations, studio tours and a highly anticipated print fair that’s expected to draw 20 vendors from around the region and nation.

The event, which runs Monday through Sunday, is a collaboration between the Lawrence Arts Center, downtown’s Wonder Fair gallery, the Spencer Museum of Art and Kansas University’s printmaking department.

Ben Ahlvers, the Arts Center’s exhibitions director, says the inaugural Print Week in 2013 originated as a companion event to the institute’s bi-yearly Ceramics Symposium, which will cycle back to Lawrence next fall. 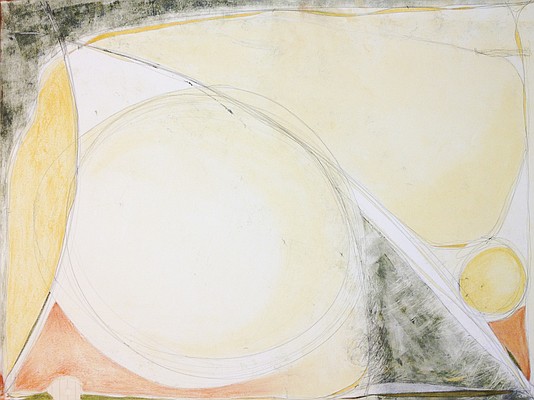 “The idea is that we present a variety of approaches to printmaking, from novice, entry-level exposure to the process and the medium,” he says, “To some pretty stellar visiting artists that will be coming in and either exhibiting or talking about their own work and process.”

The print fair, slated for 10 a.m. to 4 p.m. Saturday at the Arts Center, is Print Week’s biggest attraction. Local artists, including LFK Press and the KU Printmaking Club, will have a solid representation there, Ahlvers says, as well as vendors from as far away as Utah and Pennsylvania.

It’s a nice introduction for those unfamiliar with the art form or folks looking to buy original art for the first time, Alhvers says. Most prints will be displayed in loose-leaf form, which gives patrons the chance to flip through pieces at their own pace. 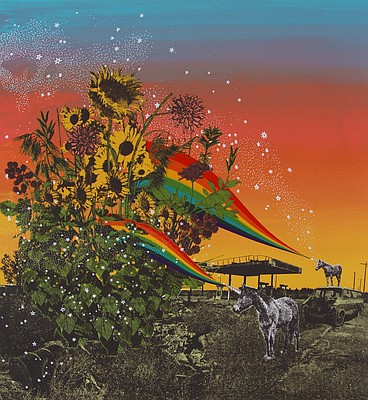 The event, which will be preceded by a private viewing Friday evening, drew about 500 guests last time. By the end of 2013’s print fair, art sales totaled upwards of $30,000, Ahlvers says.

“I was anxiously confident that it would work, that people would show up. And it did great,” he recalls of the inaugural print fair. “I had one artist tell me that she sold more prints during a day and a half in that event than she had in 25 years in Lawrence.” 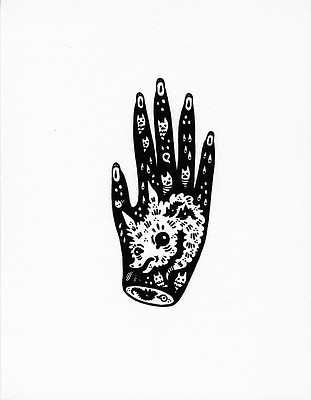 That’s a “good indication” for this year’s Print Week, which kicks off with an art talk by Japanese printmaker Katsutoshi Yuasa at 7 p.m. Monday.

“I think the response verbally and informally, through social media and that kind of stuff, is almost scary,” Alhvers says, half-jokingly. “People are saying they’re actually coming to these events. I hope they actually do.” 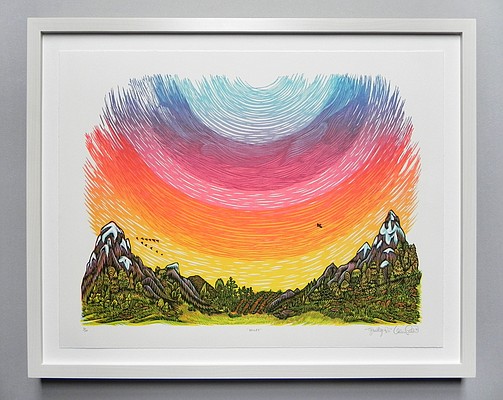 • The Once and Future Print Room: With Curators Steve Goddard and Kate Meyer, 6 p.m. at the Lawrence Public Library, 707 Vermont St.

• Studio Tours, 4 to 7 p.m. at various locations (reservations required in advance for this shuttle-guided tour; reserve your spot at the front desk of the Lawrence Arts Center)

• Open Studios/Galleries, 4 to 7 p.m. at various locations (open to the public)

•Backyard Bash, 4 to 7 p.m. in Marvin Grove, behind the Spencer Museum of Art at 1301 Mississippi St.

• Paper Marbling Workshop: With Katie Alldritt, 12 to 3 p.m. at the Lawrence Arts Center