Among the attractions this month: a KU Print Club sale and free Japanese woodcut demonstrations at Wonder Fair, an interactive kinetic art project (the collaborative exhibit by Christian Ballard, Matt Krawcheck, Trevor Eagleman and Damien Patton involves animations generated by a handmade light-box and a narrative performance exploring the origins of man) at the Lawrence Percolator and plenty of laughs from Theatre Lawrence's improv group (catch the family-friendly and "adult" shows at 7 and 9 p.m., respectively) in the Theatre Lawrence lobby.

For a complete list of the 16 venues and a Final Friday map, visit www.lawrenceks.org/finalfriday.

“The Rehearsal and the Hypochondriac” 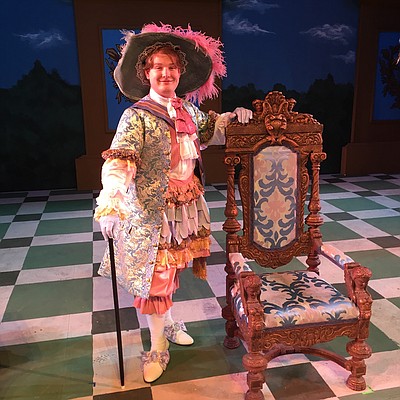 The zany “play-within-a-play” action unfolds as a troupe of actors frantically rehearse before a command performance for King Louis XIV, only to present Moliere’s farcical love story “The Hypochondriac” (also known as “The Imaginary Invalid”) upon the king’s arrival. 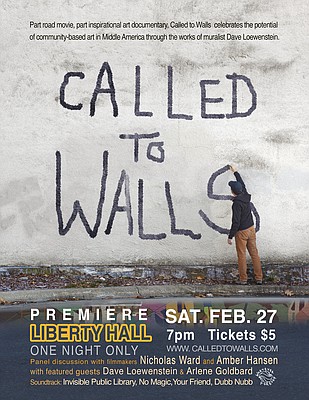 The film follows Lawrence artist Dave Loewenstein during a three-year public-art project that saw the creation of community murals in six towns across the Heartland. The filmmakers — along with Loewenstein, project coordinator (of the Tonkawa, Okla. mural) Audrey Schmitz, Rocket Grants program coordinator Julia Cole and writer/activist Arlene Goldbard — will take part in a panel discussion after the screening, followed by an after-party at Decade coffee shop with live music from "Called to Walls" soundtrack contributors No Magic and Invisible Public Library.

Tickets are $8, and can be snagged at www.libertyhall.net or at the Liberty Hall box office.

After Hours at the Library: Out of This World! 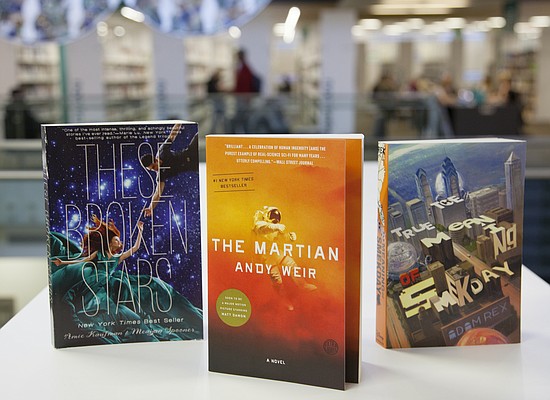 The 2016 Read Across Lawrence event will feature, from left, "These Broken Stars," by Amie Kaufman (for teens), "The Martian," by Andy Weir (for adults) and "The True Meaning of Smekday," by Adam Rex (for children). by Mike Yoder

In celebration of this year’s Read Across Lawrence space-centric theme, the Lawrence Public Library Foundation is hosting a shindig benefitting the library, and it promises to be “Out of This World.”

Among the many “out-of-this-world” attractions: food and drinks from Lawrence restaurants (including 23rd Street Brewery, 715, Merchants Pub and Plate, Ladybird Diner and Limestone Pizza), “space music” from the library’s Sound + Vision Studio, “otherworldly” gift baskets, plus “cosmic cocktails” in the Mars Bar and Venus Lounge.

Reservations range from $75 for individuals to $1,000 for a reserved table with eight VIP reservations. Secure your spot at www.lawrencepubliclibraryfoundation.org.

“Lift Every Voice and Sing” 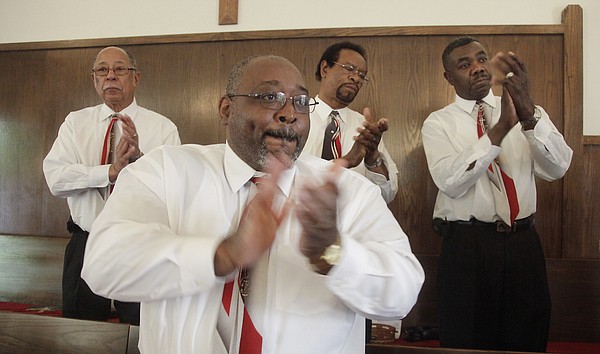 The historic church is celebrating Black History Month with its annual musical, “Lift Every Voice and Sing,” which traditionally has featured choirs (of varying cultures and denominations) from churches across Lawrence.