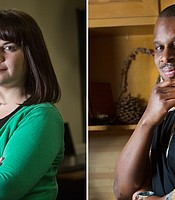 The stories behind the storytellers: Langston Hughes Award winners to be honored Monday

On Monday, two Lawrence scribes will be honored with the Langston Hughes Creative Writing Award, given annually by the Raven Book Store and the Lawrence Arts Center to Douglas County residents who continue in the celebrated writer’s tradition of portraying life experience through poetry and prose. 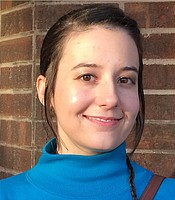 Tell us a secret: My secret to life is just to make the art that you wanna make, and really love it and enjoy it. 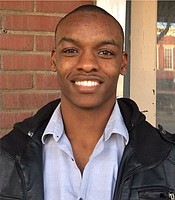 What’s your spirit animal? A lion because he's mighty within, the king of the jungle, and doesn't fear anything or anyone. 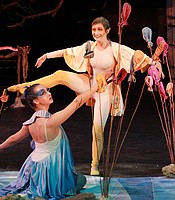 Kids (and kids at heart) will have plenty to do in Lawrence this weekend, with "Peter and the Wolf," a Read Across Lawrence pizza party and kiddie karaoke all on the table. Also, a Dole Institute lecture on the unfulfilled aspirations of 19th century politicians, for history buffs young (there have to be a few of them out there) and old.

Hundreds of handmade bowls produced by area artists, community members and students will be on sale Feb. 6 at the Lawrence Arts Center's Souper Bowl Saturday. 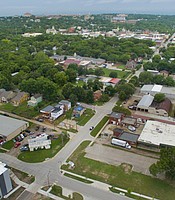 A design plan introduced to the East Ninth Citizen Advisory Committee last month made a second appearance, with amendments, in the committee’s meeting Wednesday. 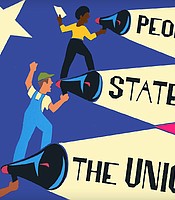 'People's State of the Union' to take place Sunday at library

The Lawrence branch of the U.S. Department of Arts and Culture will host its second annual People's State of the Union Sunday at the Lawrence Public Library, 737 Vermont St. 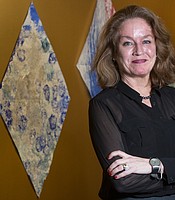 Susan Tate, CEO of the Lawrence Arts Center, will retire at the end of the year. 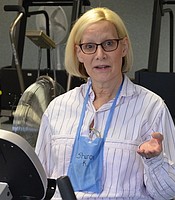 The heart is a muscle, and it’s clearly the most important muscle in your body. Composed of a special type of tissue found nowhere else in the body, the heart muscle is made to beat powerfully and continuously minute after minute, day after day, without rest, for your entire life. 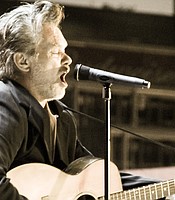 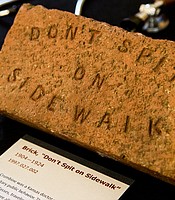 A brick urging pedestrians to not spit on the sidewalk is one of nearly two-dozen artifacts and photographs on display in “Remedies and Memories: Changing Medicine in Lawrence.” Slated to open Friday, the exhibit spans nearly 100 years, cataloging Lawrence’s early days up until the medical advances of the 20th century’s second half.

The Lawrence Art Guild is seeking artists for the 56th annual Art in the Park, slated for 10 a.m. to 5 p.m. May 1 in South Park. 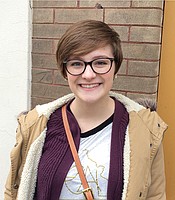 Fashion trends you love: I like that the trend is oversized things because everything is always oversized on me because I'm so small, so I'm glad it's a "trend" now. I don't look weird if I wear things that are drastically too big for me. 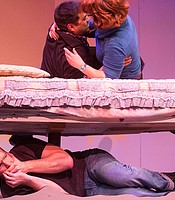 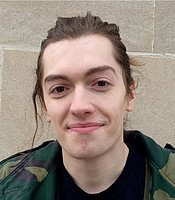 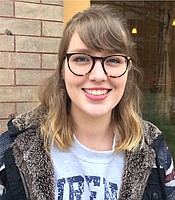 Tell us a secret: A second-grader punched me in the face when I was in third grade; that's not a secret, that's just something that happened to me. But it's kind of funny. 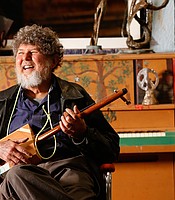 Ask Ernie Cummings about his late friend George Paley, and he’ll offer up the old Ripple Effect, in which one action causes a series of events to unfold incrementally. “The analogy would be those circles,” Cummings said, reminiscing about the longtime businessman and artist who died Sunday after a 14-year battle with prostate cancer. “You know, throw a pebble in the pond and all those waves go out? That would be George.” 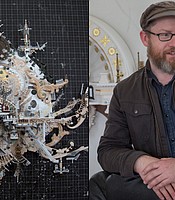 Scattered throughout Kris Kuksi's North Lawrence studio are the pieces — in various stages of completion — that he intends to show at his first official Lawrence Arts Center exhibition, opening Jan. 15. 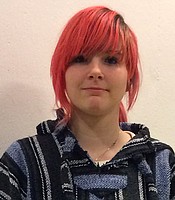 Tell us a secret: One of my secrets is I really like Justin Bieber for some reason. He's just perfect. 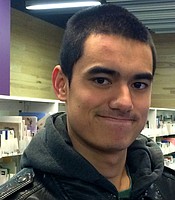 What’s your spirit animal? Maybe the sloth, because the sloth doesn't seem to bother that many people and it's very casual. 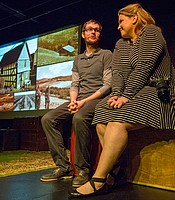 The Lawrence social scene is still taking things slow after the holidays, it appears, but there's still plenty to keep theatre lovers (plus fans of birds and LEGO toys, natch) busy this weekend. 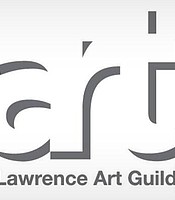 The Lawrence Art Guild voted unanimously to remove its governing officers, including president Amanda Monaghan, from their posts during Thursday night’s “emergency meeting” at the Lawrence Public Library.

The Lawrence Art Guild will hold a public “emergency meeting” Thursday evening at the Lawrence Public Library, 707 Vermont St., to review “irregularities” within the nonprofit known for long-running events such as the annual Art in the Park and Holiday Art Fair. 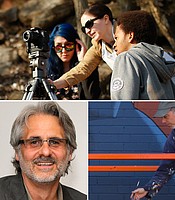 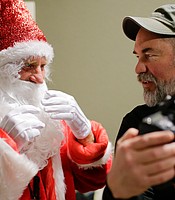 John Clayton is the mastermind behind the Friends of Dennis Facebook page, which for three and a half years has documented the zany outfits and everyday interactions of Dennis Abbott, Lawrence’s “sweetest grouch and most brilliant stylist.” 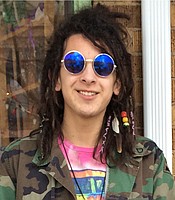 Whom do people say you look like? People say Bob Marley, but that's just because of the dreadlocks. I don't really resemble him at all. 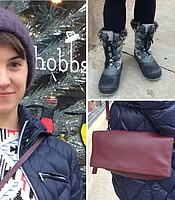 What’s your spirit animal? A cat. I admire their sleeping schedules.