The pair will begin developing new bodies of work, collaborating in Arts Center studios, taking part in community-driven projects and teaching as part of their yearlong residencies at the Lawrence Arts Center, 940 New Hampshire St., after arriving in Lawrence in mid-August.

This year’s artists were chosen from a record-breaking 61 applicants, says Kyla Strid, director of residencies and adult education at the Arts Center. That’s up from recent years, when the average was usually around 40 applicants, Strid notes.

“I thought their work was a little different from what we’d seen in previous years here,” says Strid. She hopes both Slade and Jones will “help drive the conversations we have about art in this building and beyond the walls of this building.” 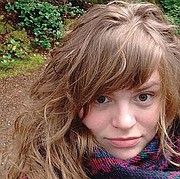 Slade, the Arts Center’s artist-in-residence in ceramics, is a Canadian by birth who grew up under the “big sky” of Alberta and spent her working life in trades, from carpentry to concrete. Slade’s work is heavily influenced by her blue-collar upbringing and uses a mixture of materials such as embroidery and industrial building supplies. She received a bachelor’s degree in ceramics from the Alberta College of Art and Design before earning a master’s degree in spatial arts from San Jose State University.

Slade arrives at the Lawrence Arts Center on the heels of a summer residency at the prestigious Archie Bray Foundation in Helena, Mont.

Jones, the Arts Center’s artist-in-residence in printmaking, also begins her Lawrence stint on the heels of a summer residency at the Art House Messen in Alvik, Norway. 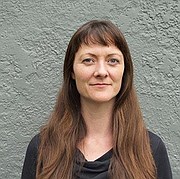 After studying fine art and printmaking in her native Boston, Jones went on to earn a master’s degree in studio art at the University of Montana. Her work, which “seeks to communicate time’s passage and the consequential sensations of loss and absence,” has been shown nationally and internationally.

“I wanted to make sure we’re bringing different perspectives to the table,” Strid says of this year’s artists-in-residence, “But both have a really wonderful sensitivity to how they’re working with their respective materials and process… I’m really excited to see what they can do.”

For more information on the Lawrence Arts Center’s artist-in-residence programs and classes being taught by this year's artists-in-residence, visit www.lawrenceartscenter.org.