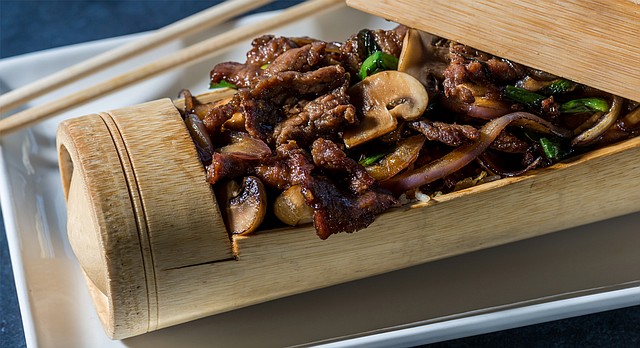 Encore Cafe serves Chinese food that’s more upscale than your average take-out, but—at less than $10 for most entrees—is still an affordable dining option. And unlike takeout, some dishes arrive plated beautifully in a bamboo pot or pineapple half. Paired with Asian-spiced, fresh green beans, and a thick, umami-laden sauce, the Kung Po Chicken is easily the best version of the dish in town, says frequent Encore diner Heather Cessna. But if you can’t commit to just one entrée, try Encore’s bento box special, which lets you mix and match smaller portions of several dishes—like Mango Chicken and General Tsao’s—to figure out your own tasty favorite.