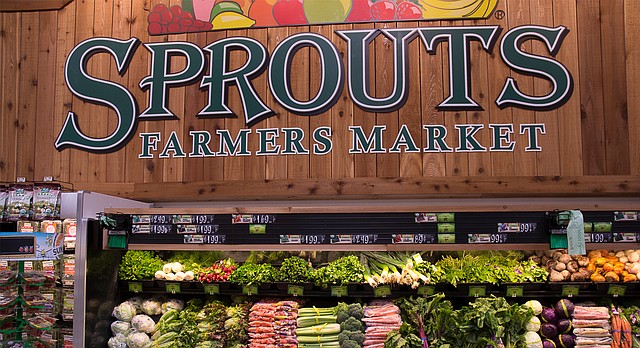 Finding healthy food in Lawrence has become even easier with the recent addition of Sprouts Farmers Market. The Phoenix-based chain grocery store, which specializes in organic and natural foods, opened in west Lawrence in July 2015. Store manager Pat Trueheart says that Sprouts has been a good fit for Lawrence because, like the rest of the country, Lawrence shoppers have become increasingly concerned with the quality, safety and production features of food. Customers also like the prices at Sprouts. “Simply put, we make healthy eating affordable,” says Trueheart. “We believe healthy living shouldn’t be a luxury.”