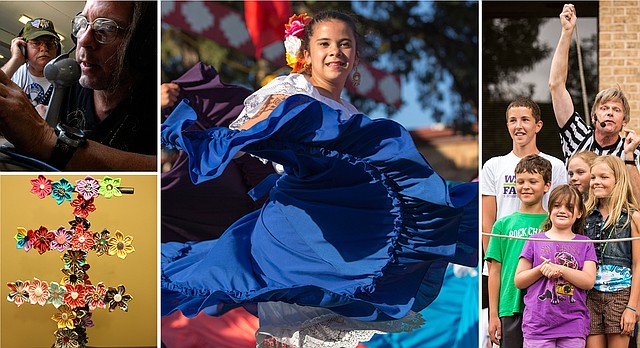 The first installment of this year’s crop of Free State Fest short films kicks off Friday, with seven (free!) screenings on the roster.

Among the picks: Samantha Buck’s “The Mink Catcher,” about a gossip columnist searching for the truth hidden in a political wife’s “legendary” mink coat; “The House is Innocent,” Nicholas Coles’ darkly humorous documentary about a couple that purchases an infamous “murder house” despite some pretty serious warnings; and Georgian filmmaker Rati Tsiteladze’s “Mother,” about a single mother forced, by societal and cultural pressures, to hide her child’s existence.

You can catch more short films Saturday at the Arts Center from 12 to 2 p.m. Check out www.freestatefest.org for more information. 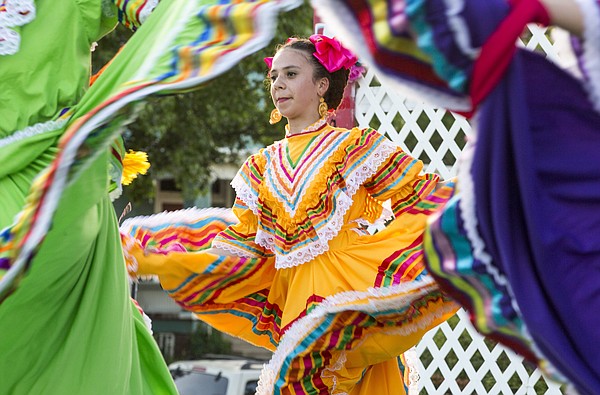 The 36th annual celebration of Mexican culture (and food, glorious food) kicks off Friday evening with live music, dancing and authentic south-of-the-border treats, with an estimated 800 tostadas, 2,000 tamales and 3,000 burritos being churned out for the event by St. John volunteers.

Saturday promises more of the same, plus carnival games and a bounce house for the kids as well as the ever-popular fiesta enchiladas. Because of the labor involved, they’re a one-night-only deal.

Proceeds from the event benefit the St. John Catholic School’s Spanish language program, maintenance projects for the church and a scholarship program for local Mexican-American students.

Lawrence Parks and Recreation Department’s third annual Summer Fest returns to South Park this weekend, bringing with it more than 100 artists and craftspeople from the Lawrence area and beyond. 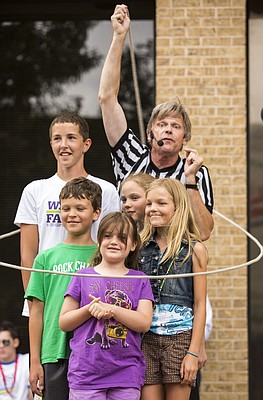 Juggler and performer Brain Wendling spins a lasso around himself and five volunteers during his performance in the 900 block of Massachusetts Street as part of the Free State Film Festival, Saturday afternoon, June 28, 2014. by John Young

This free, kid-friendly event from the Free State Festival promises three hours of live performances, art activities and games, all situated on New Hampshire Street between Ninth and 10th streets.

Attractions include the Topeka Drum Line, gyotaku (that’s the traditional Japanese art of fish printing, for those not in the know), a musical petting zoo, food trucks, scavenger hunts, and prizes galore.

Wrapping up this year’s Free State Fest later that day: hip-hop pioneers Public Enemy, slated to perform a free concert from 6:30 (when gates officially open outside the Arts Center) to 11 p.m. Saturday. 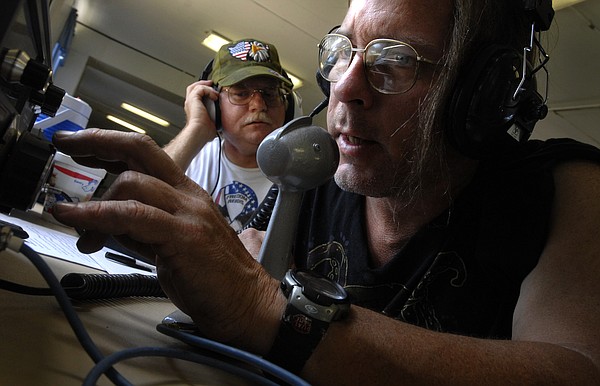 Members of the community are invited to join in on the fun with the Douglas County Amateur Radio Club as the club’s enthusiasts embark on a mission to contact as many HAM operators (others of their kind) around the world as possible over a 24-hour period. The group will also have a radio on hand specifically for non-hams, as they’re called, to make supervised contacts.

The mission will shut down Saturday at park closing (10 p.m.) and resume the next morning when the park opens at 8.