Whether you call her Cheese Whiz or Big Cheese, Lawrence resident now in most exclusive of cheese clubs 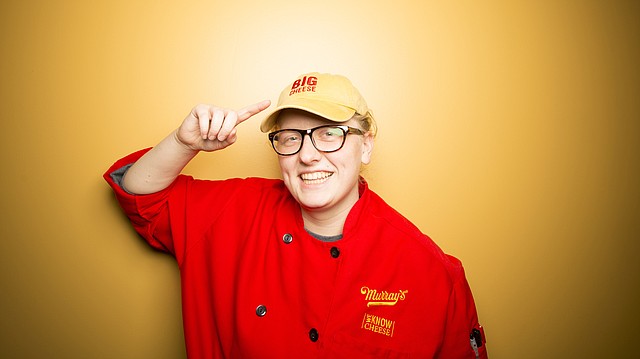 On her second try, cheese expert Sara Knickerbocker received her designation of "certified cheese professional" from the American Cheese Society after she passed the CCP exam. Knickerbocker runs the Murray's Cheese shop and overseeing a staff of eight at the Sixth Street and Wakarusa Drive Dillon's location.

According to the American Bar Association’s 2015 demographics, there are more than 1.3 million lawyers in the United States. Although Sara Knickerbocker has not passed the bar, she might one day be asked to serve as an expert cheese witness now that she is one of only 740 American Cheese Society certified cheese professionals in the U.S., Canada and Europe.

After waiting for six weeks, on Sept. 2, Knickerbocker, who heads the Murray’s Cheese Shop at the Dillons at 4701 W. Sixth St., said that she received word that she had passed the three-hour, 150-question CCP exam.

“I just cried all of these cheesy tears,” said Knickerbocker, who also attempted the exam in 2015 but did not pass.

“I had no idea I was going to pass. I was freaked out,” she said. “The amount of information that you have to process is the entire cheese industry,” which Knickerbocker explains goes well beyond being able to identify various cheeses based on appearance, taste and smell.

To pass, she explained she had to have an expert understanding of the biological makeup of milk-producing animals, how their milk is composed, the cheese-making process, the cheese-aging process and how to sell, transport, distribute and merchandise cheese.

“The ACS developed this test as a way to kind of set cheese people apart and give them a chance to elevate their status,” she said.

As for it being prohibitively difficult:

“They want to make sure that the people who pass this test are in it for the long haul.”

Now, whether she is referred to as “Big Cheese” — the title on her hat — or “Cheese Master,” which is printed on her name tag, Knickerbocker explained that she is excited to impart her knowledge, which she can happily deliver in block or bite-sized portions. 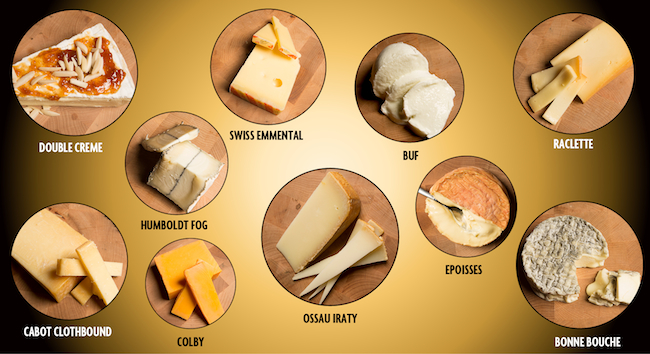 Are you a Cheese Whiz? Step up to the plate by matching each description with the correct type of cheese. Click here to view a close-up of the cheeses.