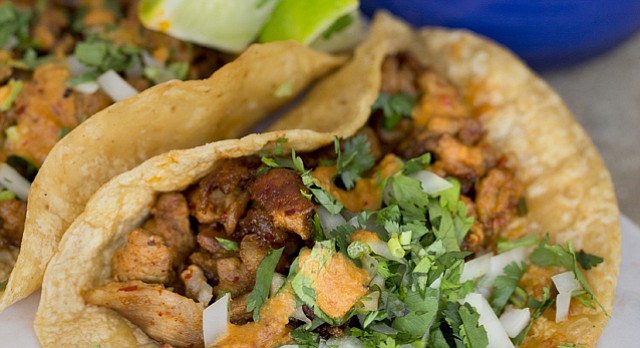 Some might call it serendipitous that Ladybird Diner owner Meg Heriford found her favorite taco in town while searching for a few staples for her restaurant. What’s most likely, however, is that she was lured just a little off the beaten path by a star, shining brightly, even in broad daylight.

“I had my daughter with me and we hadn’t had lunch yet,” said Heriford of her first encounter with the taco shop at La Estrella, 2449 Iowa Street, Suite D. “We grabbed a couple of tacos and we ate them out in the car and I couldn’t even believe what I had found. I haven’t been able to get that food in 15 years.” 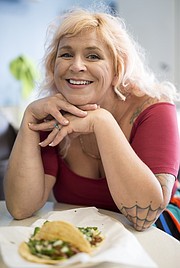 For those of us who opted out of Spanish to take four very fun but seemingly useless years of German in high school, La Estrella translates to “The Star.” Heriford says its tacos are reminiscent of her youth growing up in Southern California with “sun and sand and no responsibilities,” as she puts it.

“I grew up in North County, coastal San Diego — just a surfer town, pretty quiet. There were taco shops, honestly, on every block. When I was 15, 16 years old, this was lunch every day. There was a truck that would come to the high school that I went to. I went to a 'bad kids' high school. Instead of there being a cafeteria, there was a roach coach that would pull up every day. This was when you could still smoke on your high school campus. There would just be kids everywhere eating these tacos and smoking cigarettes.”

Although we didn’t totally take it back to Heriford’s high school days and light up a couple of smokes after lunch, La Estrella owner Raul Perez did give a look into how he prepares his tacos pastor. He explained that the pork is shaved from a spit, gyro-style, after marinating in an achiote paste along with guajillo and chipotle peppers, pineapple chunks, pineapple and mango juices, cumin and garlic. The tacos are also served with a side of salsa verde.

“I know that the prep that goes into this food, for how fast they’re able to serve it, I bet they’re here all night working on this,” said Heriford. “... I think they’re putting a lot of love into this food. They’re not skipping any steps. The seasoning is all perfect.”

She explains that another draw for her is that the food is light. It’s served a la carte, so if the first round isn’t quite enough, another taco is less than a couple bucks more and a few moments away.

“I don’t like anything in super excess,” she says. “I would sip on wine all day long but I would never have three glasses of it. I feel the same way about food. This is the perfect taco for me. I will drive across town for it.”

In addition to the taco shop, La Estrella offers a small grocery and butcher shop. Perez, who has owned the store for about 13 years with his wife, Adany, expanded the operation in the strip mall and opened the taco shop about four months ago. In the grocery portion, they offer products from Mexico and parts of Central America. Among the notables they sell are bottles of Mexican Coca-Cola, which tastes noticeably different from the American variety as it is made with real cane sugar instead of high fructose corn syrup.

“This is a wonderful one-stop shop,” explained Heriford, who gets the habanero hot sauce she uses at Ladybird from La Estrella. “I know they carry some items that are probably unique to their customer base and that a traditional Midwesterner might look at and think, ‘Why would I ever need such a thing?' But if it provides something that gives someone a taste of home, then that’s a really worthwhile service and something that I feel great about supporting.”