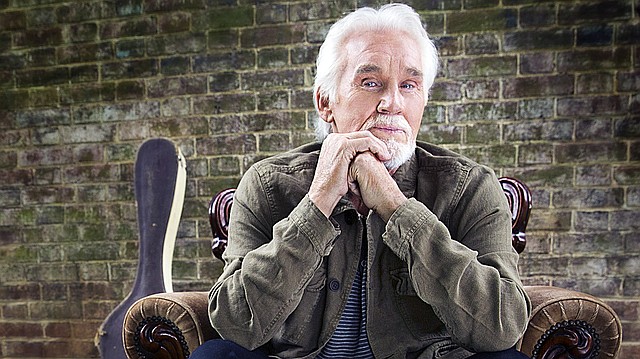 Save for one yet-to-be announced Broadway hit — the title of which is promised to be revealed in July — the Lied Center at the University of Kansas has shared its 2017-18 season lineup of shows.

Kicking off this season is a performance by singer and composer Lyle Lovett and His Large Band on July 27. Following shows include Kenny Rogers’ Final World Tour, Dirty Dancing, poetry, holiday favorites and a variety of dance forms.

This year’s schedule includes the addition of a new series: the Folk Series in the Pavilion. This three-performance series will feature music “known to focus on acoustic instruments and meaningful, thoughtful lyrics,” according to the Lied Center.

“We are thrilled to bring such an incredible array of internationally-renowned talent to the Lied Center this season, and are looking forward to providing our patrons with some amazing and diverse entertainment,” Derek Kwan, Lied Center executive director, said in a news release.

The still-secret show — which the Lied Center describes as “a Tony, Grammy and Olivier Award-winning Broadway hit” — is scheduled to be performed at 7:30 p.m. Feb. 13. The Lied Center will reveal the name of the show on July 5.

Single tickets go on sale to the public at 8 a.m. June 5, and can be purchased by phone, in person at the ticket office or online at lied.ku.edu. A single-ticket kickoff party with refreshments is planned from 8 to 9 a.m.

Following are the scheduled performances for 2017-18 that are open to the public, grouped by series. Find more information and ticket prices for all shows online at lied.ku.edu.

• “An Evening with Lyle Lovett and His Large Band” 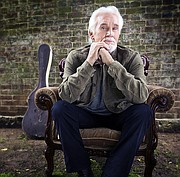 The unexpected journey of Mr. B in the colorful underwater world of Bubblelandia, inspired by Cirque du Solieil and rich in stage effects such as lasers, fog and bubbles.

Artists Paige Hernandez and Baye Harrell use hip-hop elements to "remix" lessons on creativity, respect, understanding, cooperation, effort and self-care. (For families with children ages 5 to 12.) 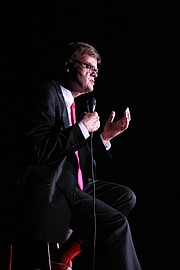 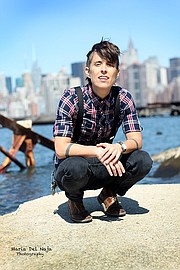 Engages the deep questions and the locker room jokes about what it means to “become” a man. (Onstage seating)

This yet-to-be-announced Tony, Grammy and Olivier Award-winning Broadway hit will be revealed to the public on July 5.

Performed by Rohina Malik, the play explores racism, hate crimes, love, Islam, language and life, and has been presented at universities, churches, mosques, synagogues and theaters in the United States, Canada and South Africa. (Onstage seating)

• The Staatskapelle Weimar Orchestra of Germany. Kirill Karabits, General Music Director and Principal Conductor. Founded in 1491, it is one of the oldest, most illustrious orchestras in the world.

Seven brothers from the South Side of Chicago, mixing the the brass band tradition with hip-hop, soul and funk.

Winners of America's Got Talent

Performed in the Lied Center Pavilion. Seating is general admission.

Explorations of Scottish and global music.

Performed in the Lied Center Pavilion.

Lyle Lovett that just made my day. Amazing live act!

Will be my 6th time seeing him LOL