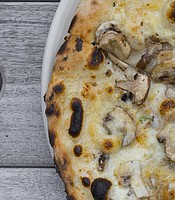 Pretty much the moment a server at a restaurant asks if I’d like to hear about the specials, I nod but usually drift off to a place where words just become sounds that don’t matter. I’m not trying to be impolite, I just have favorite menu items that I really look forward to everywhere I go. So, when Ramen Bowls and Luckyberry owners Shantel and Tim Grace told me they both order the mushroom pizza at Limestone, always, I knew I was in good company. 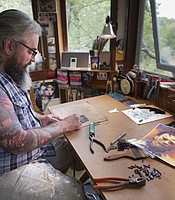 Artist John Niswonger’s stained-glass hawk feathers would look nice in just about any window and might even make a nice gift for a loved one. But here’s guessing that your grandmother would not react the same way if she were to unwrap his one hundred-piece homage to the 1970s low-budget, horror movie The Texas Chainsaw Massacre. 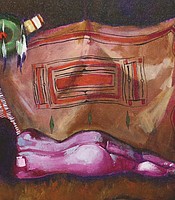 Among the upcoming Final Friday exhibitions is a show at the Phoenix Underground, which artist and organizer Brent Learned is sure will offer a unique experience not only in subject matter, but also in its assemblage. 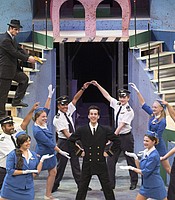 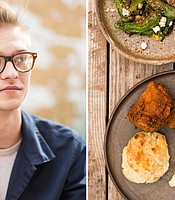 Just when you thought you’d finished that 800-page novel on fried chicken restaurants in Lawrence, Reagan Petrehn, co-owner of 1900 Barker Cafe and Bakery, decided to write a new page with a visit to an unexpected restaurant. This month for Chef's Choice, we travel to Hank Charcuterie, for — yes — fried chicken. 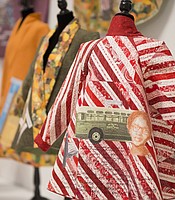 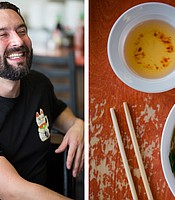 For this month’s edition of Chef’s Choice, Lee Meisel of Leeway Franks decided that Little Saigon Cafe was his spot for pho. Perhaps that's because Little Saigon owners Steve and Anna Nguyen have mastered the classic Vietnamese dish to the same degree that Meisel has mastered sausages and frankfurters. 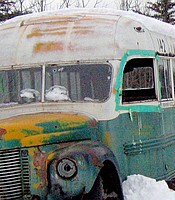 When do moviegoers become pilgrims?

Among the millions of travelers heading out for the summer holidays, some are choosing an unlikely destination: a rusted bus on the edge of the Alaskan wilderness. 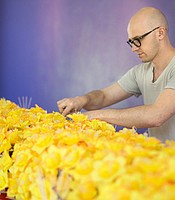 Artist Anson DeOrnery makes viewers a part of his work

Not many artists readily admit that their set intention with their work is to disappoint the viewer. Anson DeOrnery, who goes by the artist name Anson The Ornery, on the other hand, has a show at the Lawrence Arts Center titled Deluge, which is, well, kind of a bummer the more it is explored. According to the artist, that’s precisely the point. 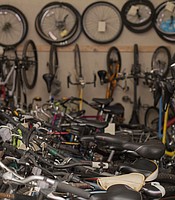 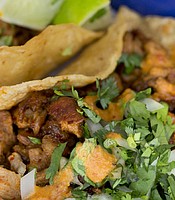 Some might call it serendipitous that Ladybird Diner owner Meg Heriford found her favorite taco in town while searching for a few staples for her restaurant. What’s most likely, however, is that she was lured just a little off the beaten path by a star, shining brightly, even in broad daylight. 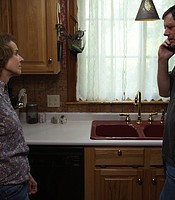 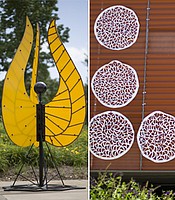 For this year’s Outdoor Downtown Sculpture Exhibition, Lawrence residents and visitors will be treated to works by some familiar names such as Kate Dineen and John Rasmussen, but also ODSE first-timers like Alicia Kelly. 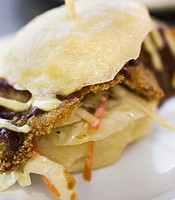 A Chef's Choice tour at Bon Bon! and a healthy dose of 'buns'

For this month’s edition of Chef’s Choice, T.K. Peterson, owner/chef of Merchants Pub and Plate decided that traveling to the “Far East” was a must for eating Katsu Buns. Happy to oblige, I booked my travel, packed my bags and journeyed to far East Lawrence, to eat my “Bunz” off at Bon Bon!. 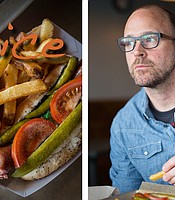 For the first installment of Chef’s Choice, I met with chef-owner Rick Martin of Limestone Pizza, 814 Massachusetts St., and invited him to a lunch at any restaurant in town other than his own. His choice: the Chicago dog at Leeway Franks. 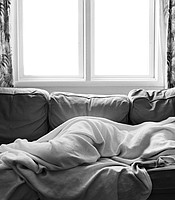 For many attuned to the Kansas art scene, the name Daniel Coburn might recall beautiful black and white images of sweeping Kansas landscapes with not-so-subtle indications of the human impact on our environment. Although Coburn has certainly received recognition for his portrayals of nature’s complex relationship with humans, he was recently awarded a 2017 Guggenheim Fellowship for his work that has involved rotating his lens 180 degrees and turning his attention to another complexity, his own family history. 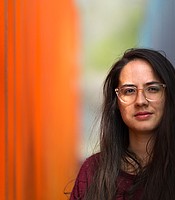 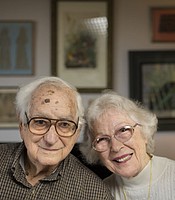