If you delight in gathering your food while enjoying the great outdoors, then put on your favorite fleece and visit to some of the area’s many farms, orchards and ranches.

Off the Beaten Plate: Corn nuggets at Jefferson's Restaurant

A trip to Jefferson’s just isn’t complete without a sampling of one of the restaurant’s many fried delicacies. This week’s visit — our first after the January fire that shuttered Jefferson’s until its grand reopening last week — included a basket of the Lawrence staple’s corn nuggets.

Sara Knickerbocker, 24, is the resident “cheese steward” at the Massachusetts Street Dillons store. She can recognize Norwegian cheese from a mile away (they’re usually rind-less) and, on a recent Monday morning at the so-called “Dapper Dillons,” excitedly rattled off the origins of the semi-soft Port Salut cheese, which she says was originally developed by French monks in the 19th century. 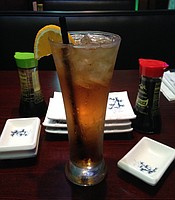 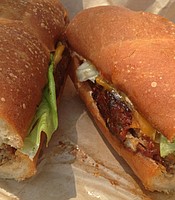 Off the Beaten Plate: Meatloaf po' boy at Terrebonne Cafe

You’re likely to find a chimichanga — basically a deep-fried burrito — at almost any Mexican restaurant in town. What’s a little more off the beaten plate (ahem) is Tres Mexicanos’ sweet reworking of the Tex Mex favorite, which in this case involves dulce de leche. So, yum.

At KC Smoke Burger, chocolate and 100-percent Angus beef have been merged into one smoky, sweet creation. 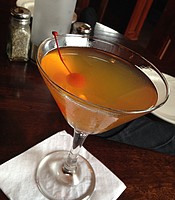 Fully expecting something white and frothy and well, snow-like, I was pleasantly surprised by the Snowdrift, which bartender Kristy Lopez guesses is meant to evoke the kind of cuddly coziness we associate with wintertime. 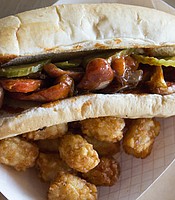 Lee Meisel first fell in love with sausages as a teenager growing up in rural North Dakota. It was in the midst of deer season one year that Meisel scored a job making sausages at a small butcher shop in his hometown of Mandan. There, he learned many of the techniques that he would later use as 715’s resident butcher.

Off the Beaten Plate: Tempeh Parmesan at Yello Sub 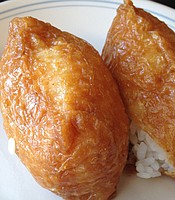 Off the Beaten Plate: Inari at Dondon

These sweet little pouches take their name from the Shinto god Inari, who is believed to have a fondness for fried tofu — the more you know, as they say.

Off the Beaten Plate: The Waldorf at Glory Days Pizza

Looking through the hallowed archives of Off the Beaten Plate, it's pretty clear that my colleagues and I have a thing for innovative pizza creations. 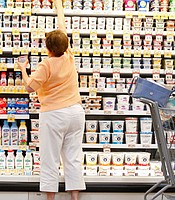 Seven-year-old Maddon Brittingham has rarely met a fruit he didn’t like. He’s been fostering an “addiction” to watermelon for quite a while now (according to his mother, Kellie) but decided to branch out last Tuesday on a shopping trip to the recently opened Sprouts Farmers Market at 4740 Bauer Farm Drive.