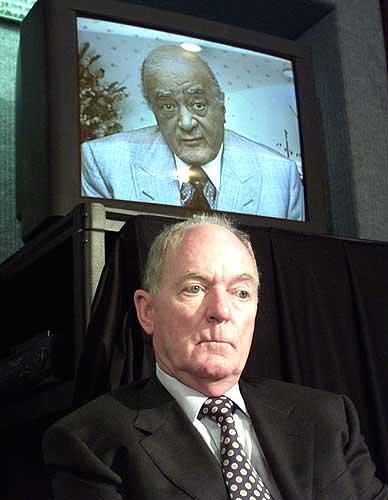 John Macnamara , an adviser to Mohamed Al Fayed, listens to Al
Fayed, on video above, at the National Press Club in Washington
during a news conference to discuss the Aug. 31, 1997, deaths of
his son Dodi Fayed and Princess Diana. Al Fayed repeated his claim
Thursday that the deaths were a murder conspiracy.