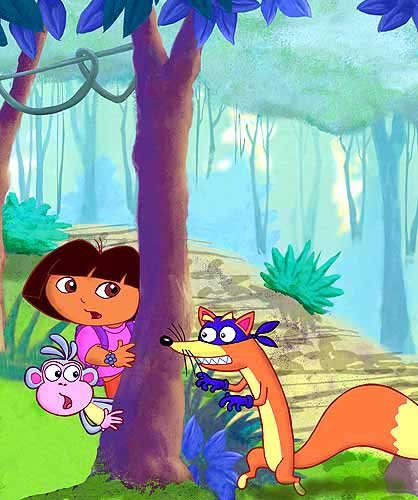 Dora appears with two animal friends in this drawing from the
Nickelodeon's "Dora the Explorer," the animated series about the
adventures of a Latina girl. Less than a year after its debut, Dora
is watched by1.2 million children ages 2 to 5, the most popular
television show among viewers of that age group.