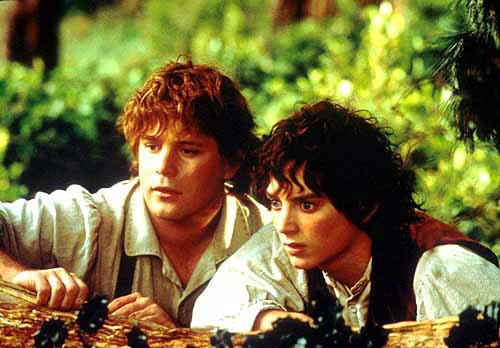 The film of "The Lord of the Rings," directed by Peter Jackson of
New Zealand, starring Sean Astin, left, and Elijah Wood, is
previewing some scenes at the Cannes Film Festival. Jackson and
cast and crew members gathered Friday at the festival to show off
the first big chunk of footage from the series, one of the most
eagerly awaited literary adaptations.