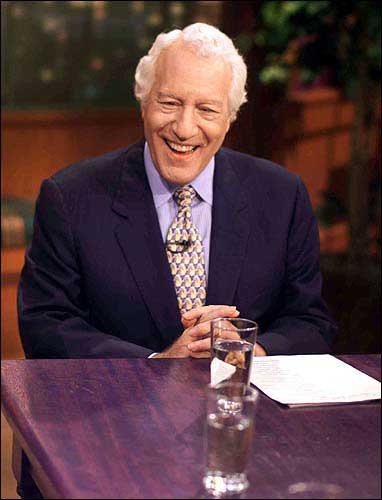 Louis Rukeyser smiles on the set of his new program, "Louis
Rukeyser's Wall Street," at CNBC'S studios in Fort Lee, N.J. Less
than a month after his unexpected exit as host of public
television's "Wall $treet Week," Rukeyser was back with a brand new
show on the financial network. He also arranged for his new show to
be made available on weekends to any PBS station that wanted to air
it.